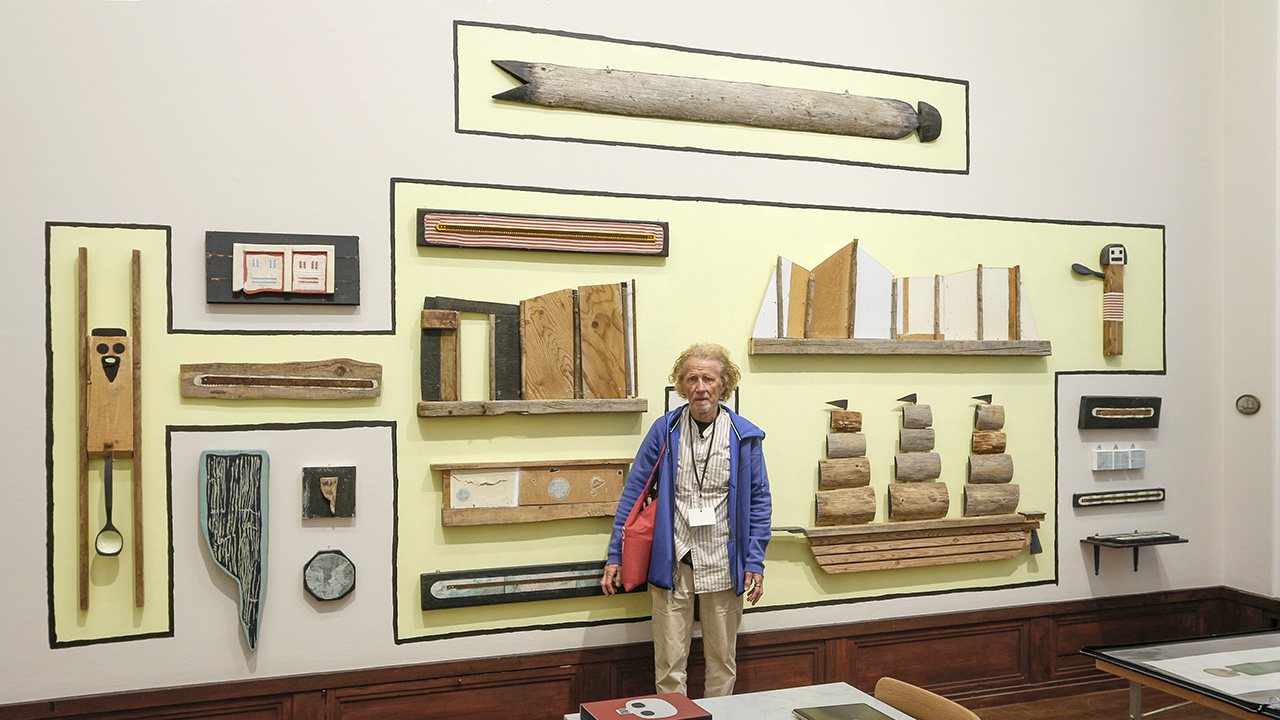 Throughout his artistic career, Håfström has remained open to trying new forms of artistic expression. These divergences are followed by the continual return to the memory of the place of childhood, which lives on in a far from uncomplicated manner in Jan Håfström and his artistic work. He returns to this world of Sunday School and Jules Verne to meet the unknown embodied in Tarzan’s jungle or within the Phantom or Robinson Crusoe. When he comes back he brings an intellectual analysis of the colonial exoticism as distinctive portrayals of “the other world”. The Phantom and his alias Mr. Walker can also be read as a critical questioning of today’s male role – alone and silent, or as a useful but at the same time distancing citizens.

Jan Håfström is one of the country’s foremost artists and, since his debut in 1966, has had an extensive number of exhibitions in Sweden and internationally. He has represented Sweden at the Venice Biennale four times: 1980 (together with Ola Billgren), 1990, 2003 and in 2009. Håfström participated in the inception of PS1 in New York and has received the prestigious Carnegie Art Award 2001.

He is represented in among others the Moderna Museet, and Nationalmuseum, in Stockholm, and in the Astrup Fearnley Museum of Contemporary Art Oslo, and Hovikoddens Kunstsenter, also in Oslo.