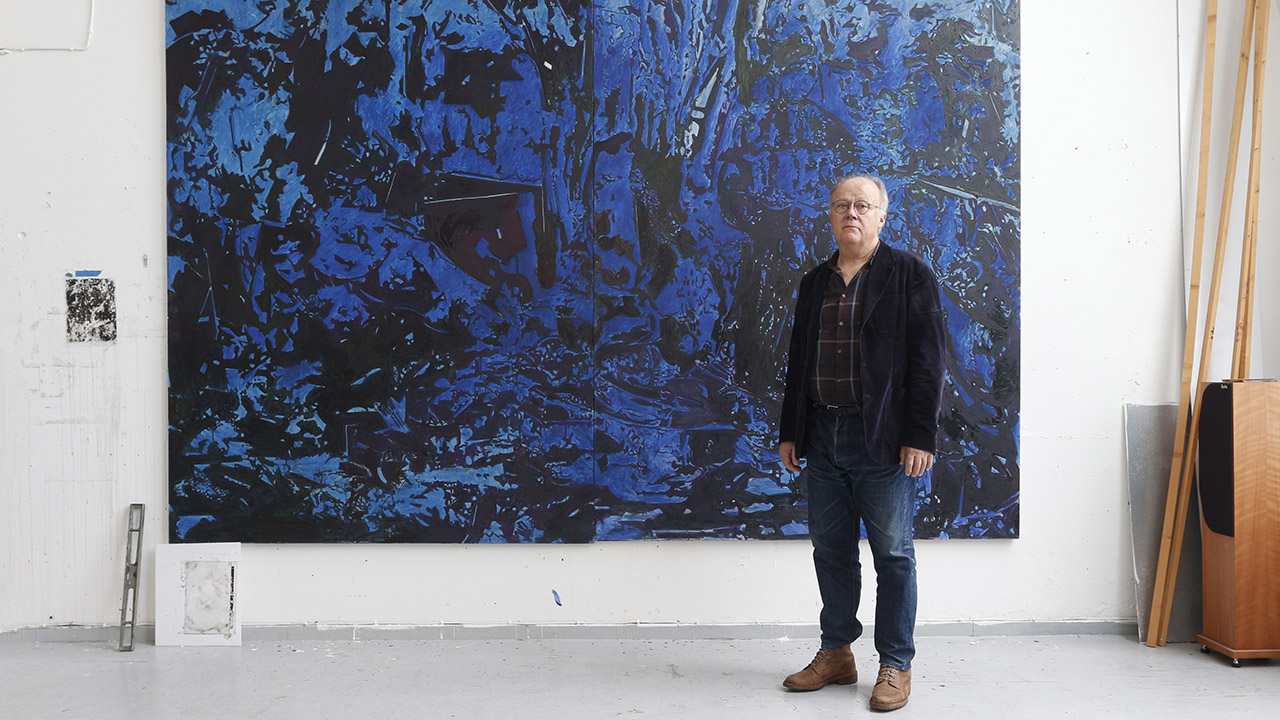 In 2022 Gunnar Olsson, Scott’s gallerist for many years, announced that he had decided to close his gallery at Fredsgatan 12 in Stockholm after 49 years. GSA Gallery has been entrusted to continue the work of managing Scott’s impressive oeuvre which we are very proud of. In the spring of 2023, we will open a large solo exhibition which can be seen as a follow-up to the three exhibitions we previously did with Johan Scott at the gallery in Umeå.

”Scott’s paintings are slow and looking at them takes time, at least if you want to uncover all the layers of mind and material concealed within them. They open up gradually and retain their secret for a long time. On the other hand, we don’t always know about Scott’s paintings. Sometimes they open up like revelations dumbfounding us.”
– Timo Valjakka from the book “Johan Scott”

His exhibition history is extremely extensive throughout Europe and the U.S. His works are represented in prominent collections in Sweden and internationally such as Moderna Museet, Stockholm, The Gothenburg Museum of Art, Gothenburg, Kiasma, Helsinki and Ateneum, Helsinki.