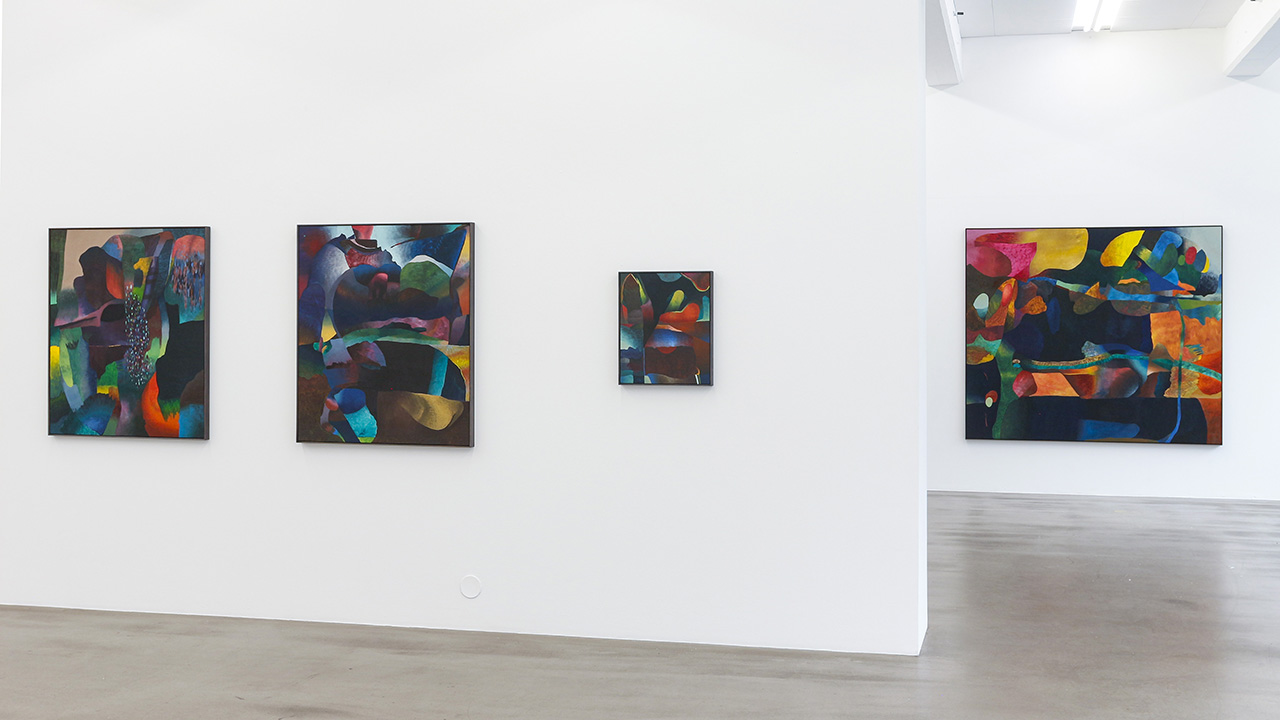 Ludvig Helin’s paintings move in the border between abstraction and narration. He explores the span of the painting in a thoughtful way and the possibilities of antithesis in colour, pace and structure. At the same time, sharp colouring takes spear against and embraces earthly tones.

At first glance, the varying fragments constitute a quiet space. But through a sudden movement and a gradual expansion, the observer’s eye penetrates deeper into the image. Through complex forms and overleaping pressure between the elements is formed that reaches the smallest component of the image. The illusion lies in Helin’s suggestion that yet another abstract mirage is soon to take a markable form.

“The paintings seek their own consciousness, a peculiarity, a personality. A painting is only left when nothing else is needed to say and it has found its place between the intelligible and the unintelligible.” – Ludvig Helin

Ludvig Helin was born in 1988 in Norsesund and lives and works in Stockholm, Sweden. He graduated from the Umeå Academy of Fine Arts in 2016. Works by Ludvig Helin can be found in a number of collections such as Region Sörmland, Uddevalla kommun, Umeå kommun, Region Uppsala and Östhammars kommun. Helin has also been awarded scholarships such as Konstnärsnämndens Assistentstipendium in 2018 and Vera and Göran Agnekil’s scholarship for younger artists, which he received in February 2019 at Royal Academy of Fine Arts in Stockholm.

Ludvig Helin had his first exhibition at Galleri Andersson/Sandström in fall 2019.