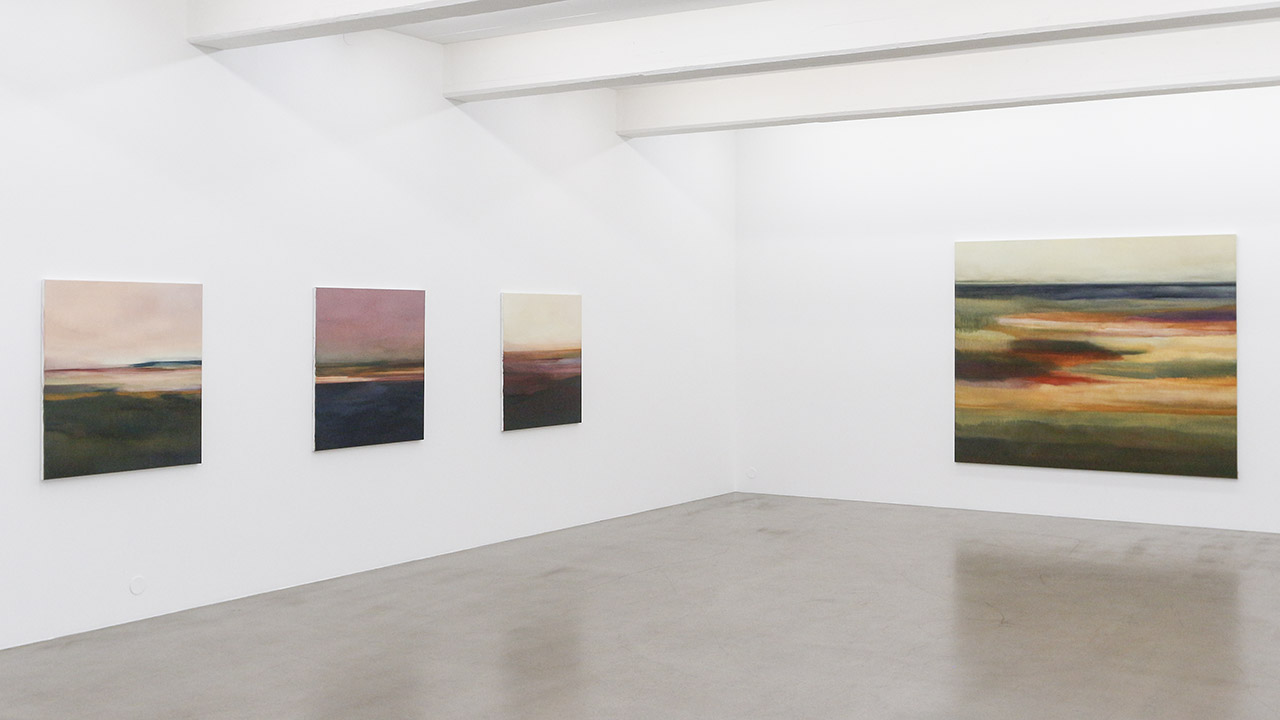 The art of Emma Hartman is distinguished both by her technique and her pictorial language. She transitions between the natural and the man made world with a use of color second to none. Deserted architectural spaces are contrasted by open and desolate landscapes. Her compositions are sharp and well-defined, while simultaneously the color seems to be flowing from the canvas, enveloping everything like a colorful fog. Although connections can be made to Mark Rothko and Francis Bacon, Emma Hartman has found her own painterly language.

Emma Hartman was born in Örebro, in 1974. She lives and works in Stockholm. After begining her studies at the Gerlesborg School of Art in Stockholm, she graduated from the Umeå School of Fine Arts in 2006. Since the graduate exhibition at Bildmuseet in Umeå, Hartman has had several solo exhibitions in Sweden as well as being awarded with several notable scholarships, supported by the Royal Swedish Academy of Fine Arts.