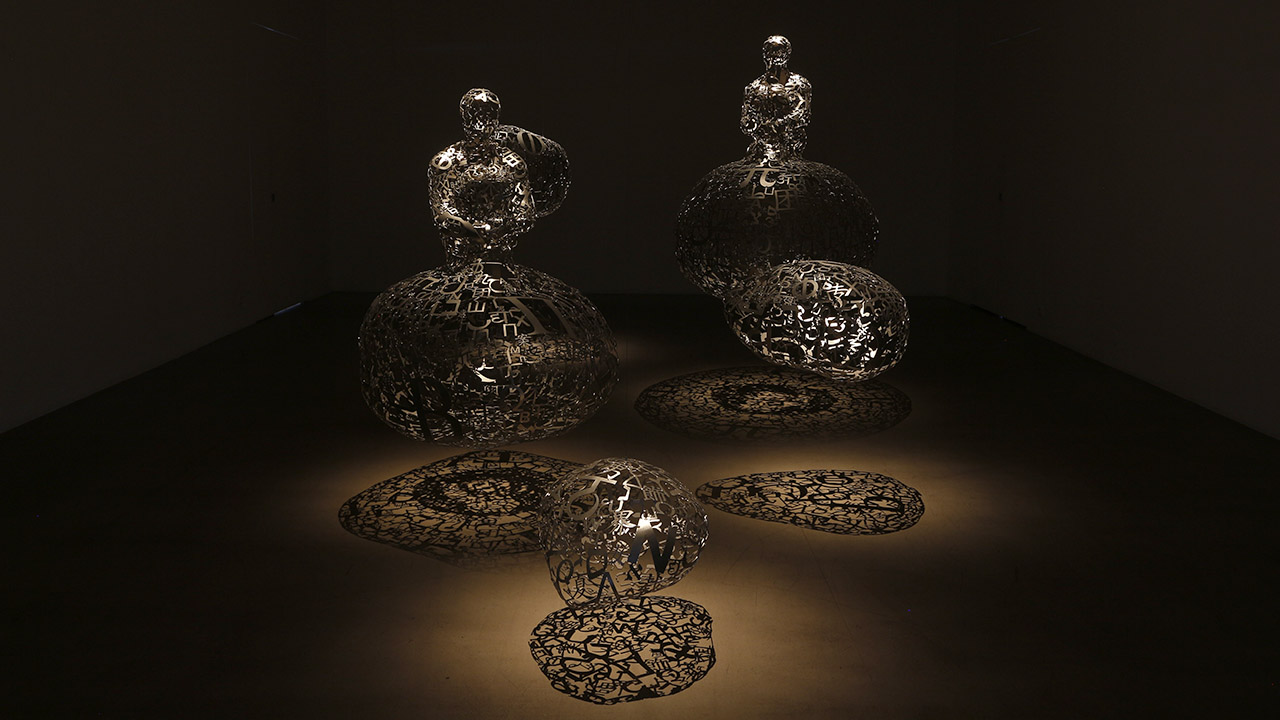 Jaume Plensa was born in Barcelona in 1955, and shares his residence between Paris and Barcelona. Between his first exhibition in his hometown in 1980 and today, he has been living and working in Germany, Belgium, England, France and the US. Also, teaching at the École Nationale des Beaux-Arts in Paris, giving lectures at a wide array of universities and art institutions, currently as professor at the School of the Art Institute of Chicago.

His sculptural work has, with time, undergone several changes, but always dealing with humanity, body and soul, in mostly figurative expressions. Even when the body is physically absent, it is implied; by gongs ready to be struck, empty houses or cells waiting to be occupied, or text required to be read. Whether made out of steel, glass, bronze, and alabaster or by light, vibration or sound, his ideas and associations are always brought forward. Plensa believes sculptures to be an extraordinary vehicle for accessing emotions and thoughts. His work asks questions and sets up situations that encourage us to think and think again, to talk with one another, to be silent and meditative, to touch, and experience togetherness. The artist is keen to encourage communication and understanding with others and ourselves, producing work with the hope of reconnecting us with our own souls. For Plensa, life is the key concern and thus art is merely a consequence of it. Still it possesses an enormous capacity to touch people deeply, to introduce beauty into any situation, and to celebrate human potential.

A significant part of Plensa´s production is set in the context of permanent public sculpture. “The Crown Fountain” in Chicago´s Millennium Park is one of his most well known works. In 2005 he finished “Breathing”, which was installed in the new BBC building in London, and in 2007 he made an impressive public project for the Place Masséna in Nice. The huge woman’s head, “Dream”, for St Helens in Liverpool was inaugurated in 2009. He is currently working on several new public projects as “Wishing Well” for the Bow Calgary in Canada, “Mirror” for Rice University in Houston, and “Together” for Chichester Cathedral in UK.

Since 1992 he has obtained various distinctions and awards, both national and international. Perhaps most significant, his investiture as a Chevalier des Arts et des Lettres by the French Ministry of Culture in 1993, receiving the National Award for Plastic Arts by the National Culture Awards of the Government of Catalonia and Barcelona in 1997, his Honorary Doctorate from the School of the Art Institute of Chicago, 2005, the Mash Award for Public Sculpture, London 2009, and most recently, the Association of Catalonian Galleries Award 2011.