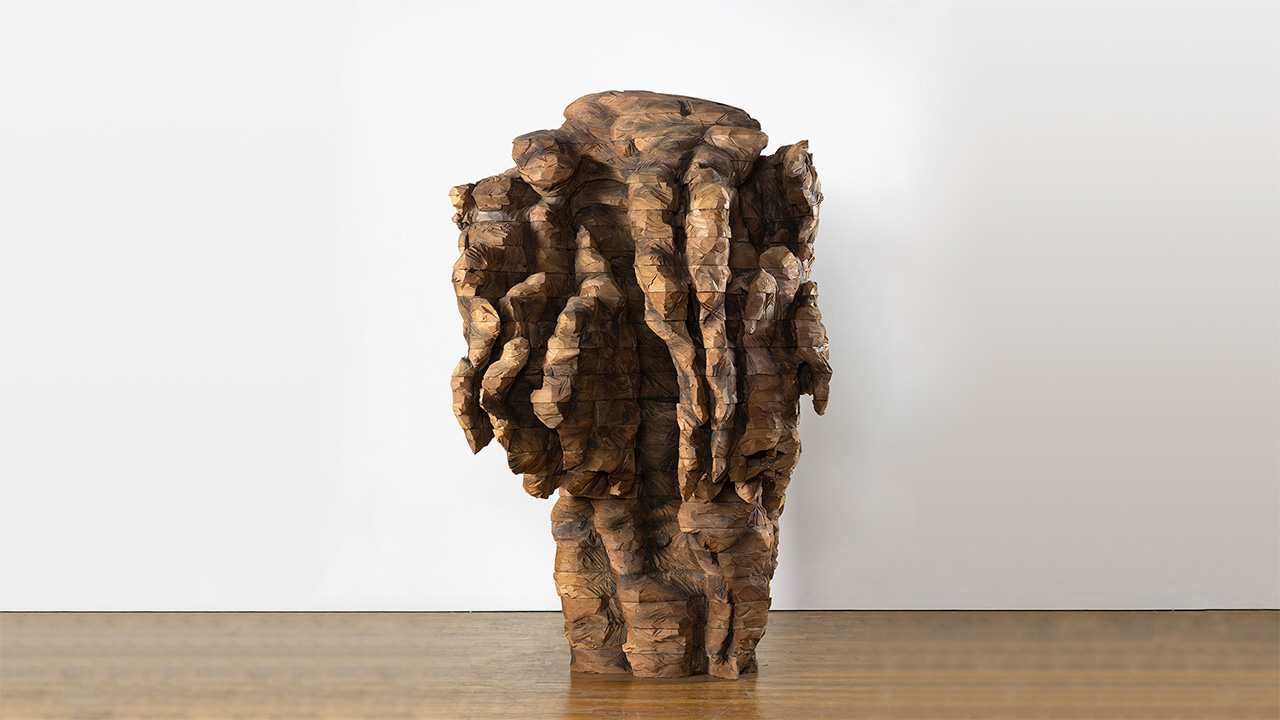 Ursula von Rydingsvard was born in Deensen, Germany in 1942, to a Polish mother and a Ukrainian father. Her parents were drafted into forced labour during World War II. After the war, she spent several years in refugee camps before immigrating with her family to Connecticut, USA, at the end of 1950. She received a B.A. and an M.A. from the University of Miami, Coral Gables, and an M.F.A. from Columbia University in 1975. She has lived and worked in New York City for over 40 years.

Ursula’s work has been shown publicly in Sweden, notably when her first large-scale polyurethane piece Damski Czepek was installed in Pilane, on the island of Tjörn. It travelled here after the major 2006 installation at Madison Square Park in New York (USA), and was later also shown at the Yorkshire Sculpture Park (U.K).