GSA Gallery is honoured to present Ursula von Rydingsvard’s first solo exhibition in Sweden. The American artist is widely regarded as one of today’s most distinguished sculptors, and one of the few working on a monumental scale. Sculptures in both cedar and bronze, accompanied by works on linen paper, display a cross-section of her oeuvre and ever-expanding visual vocabulary.

During a career that spans over four decades, von Rydingsvard has developed uniquely recognizable forms that intertwine the abstract and the figurative. The artist is best known for large-scale cedar sculptures, whose labour-intensive creation requires a combination of intuition and precise methodology. Cedar is chosen because it has no grain, unlike other wood, providing a neutral starting point.

More recently, von Rydingsvard has started integrating other materials, such as bronze, resin or paper, further expanding her exploratory process. In a wider sense, her oeuvre examines psychological and emotional themes – von Rydingsvard’s manner of giving outward form to an emotion.

The current presentation showcases works from the past decade – allowing the viewer a glimpse of most current developments, while emphasising signature elements. The later include the use of cedar, the “bowl” shapes and her extensive lexicon of surfaces, or the use of untranslated Polish titles.

The works on paper attest foremost to the artist’s fascination with fabrics and threads. Their organic imagery is created through threads of material and powdered black pigment, applied onto hand-made paper. Various patterns and degrees of transparency emerge, while the use of pigment is reminiscent of the graphite applied onto the surface of the cedar sculptures. In the five works on display, the threads hang below their bottom edge, the material almost becoming the content of the works. 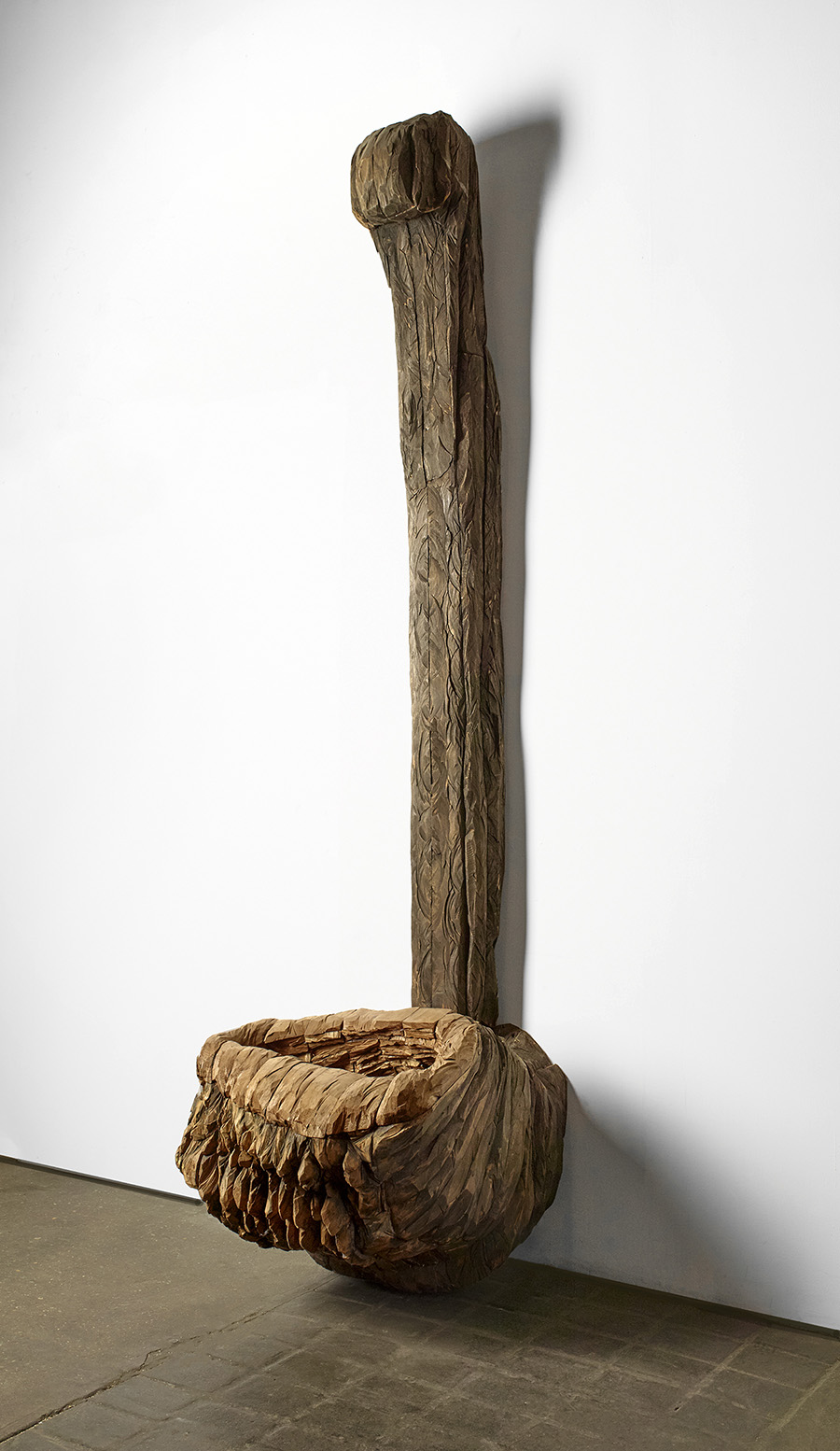 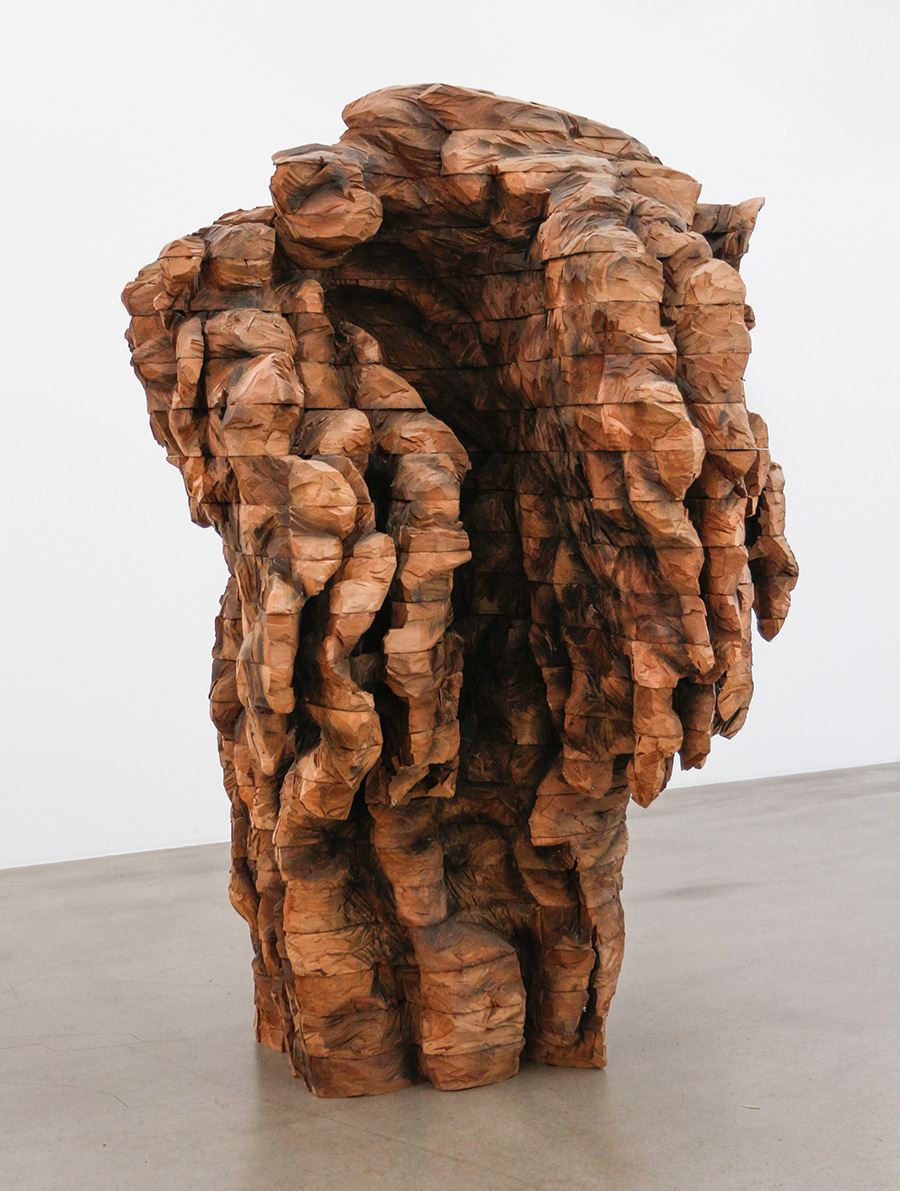 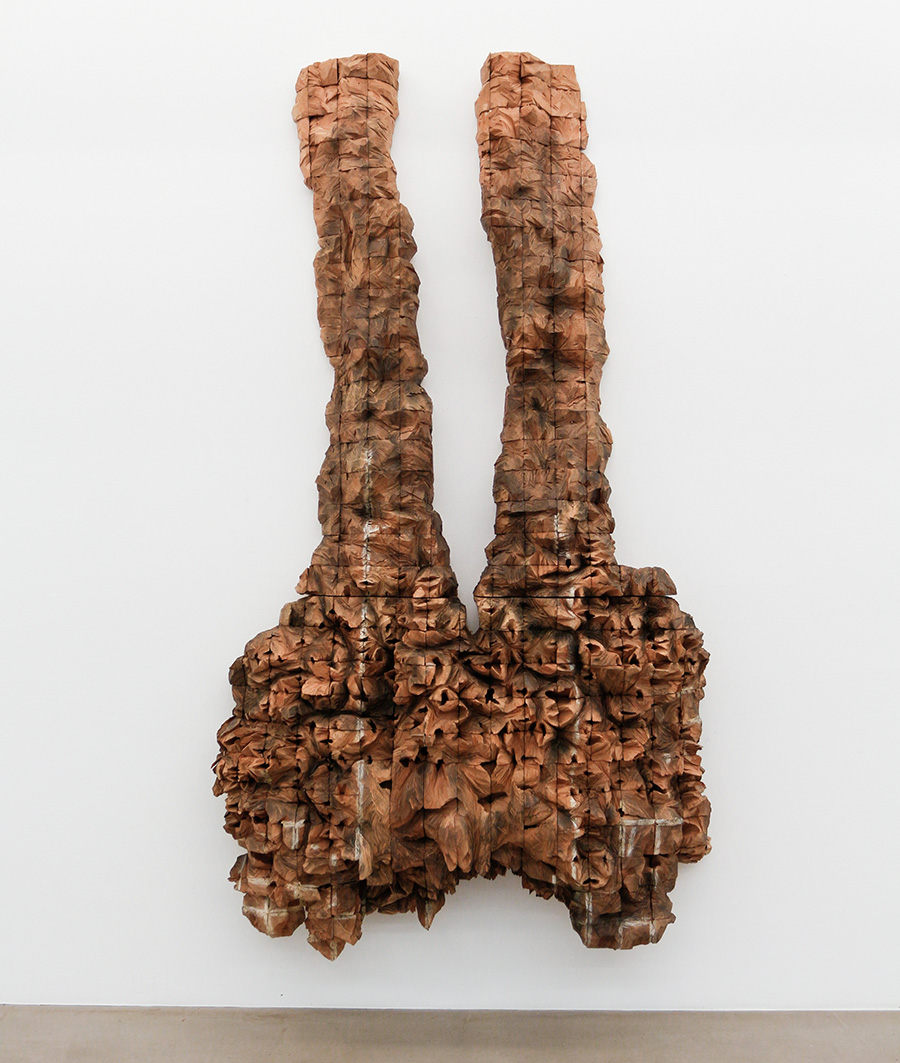 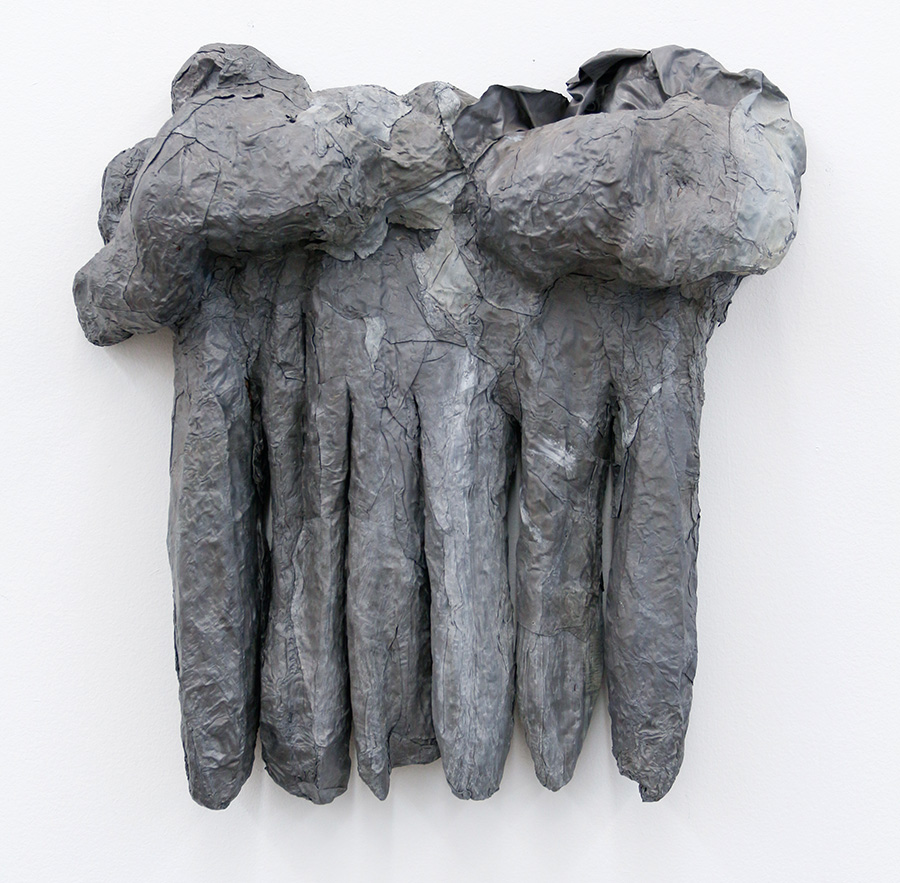 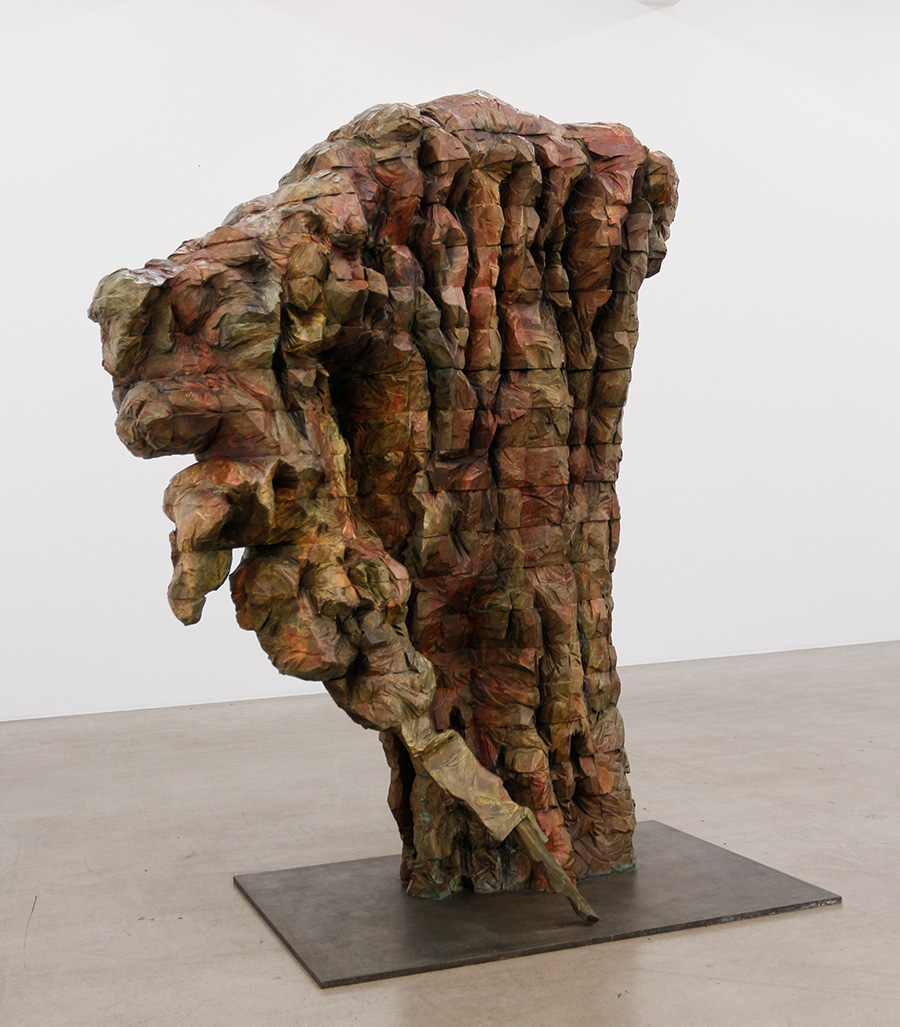 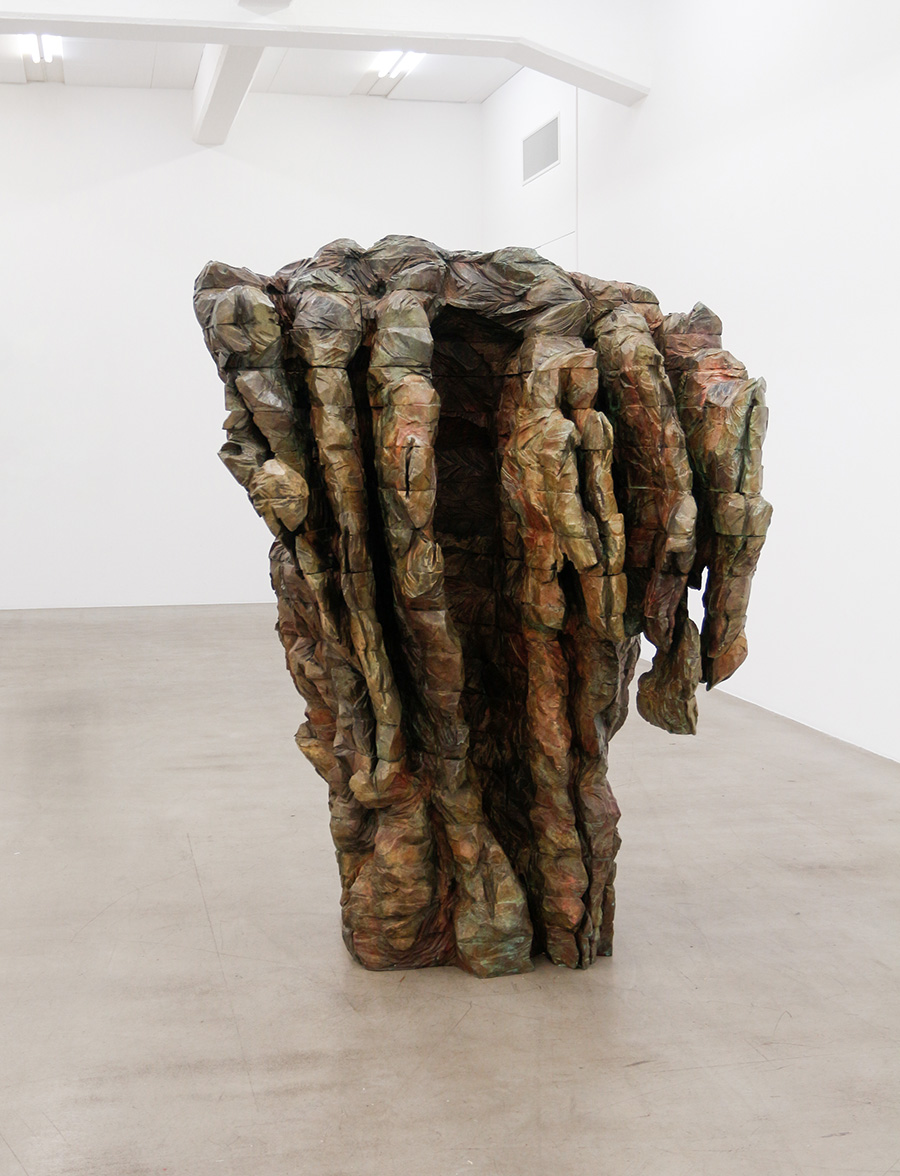 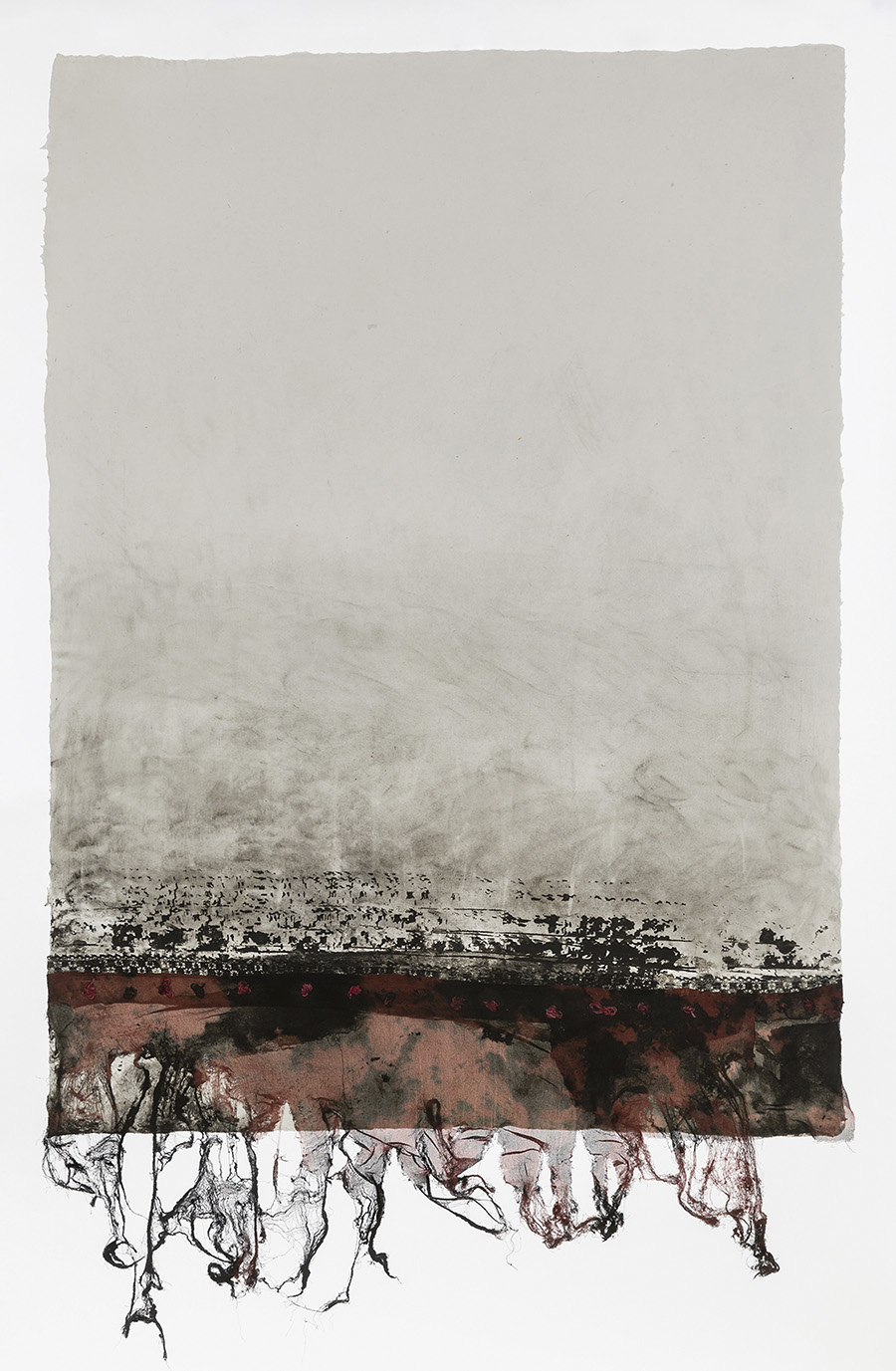 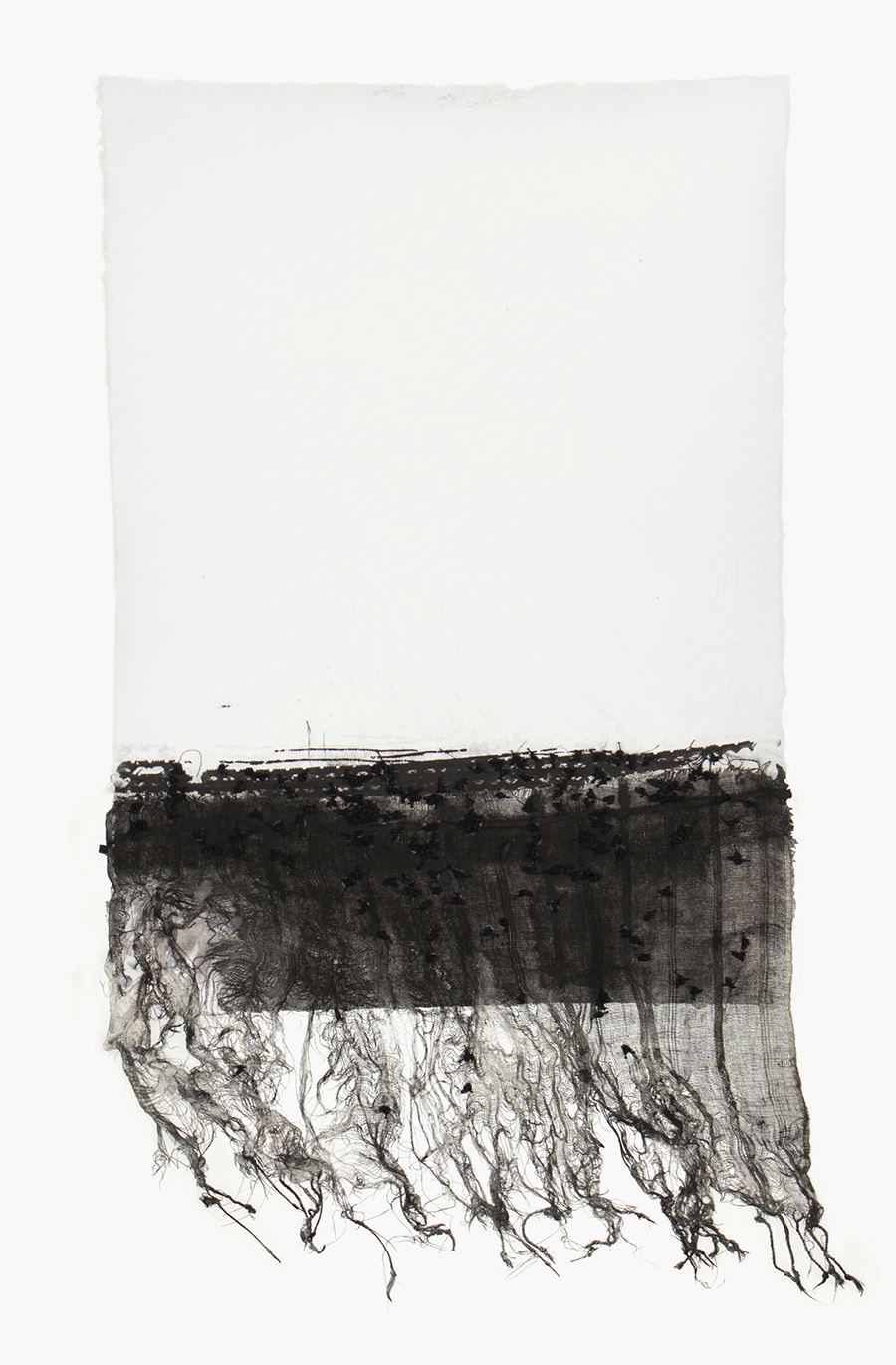 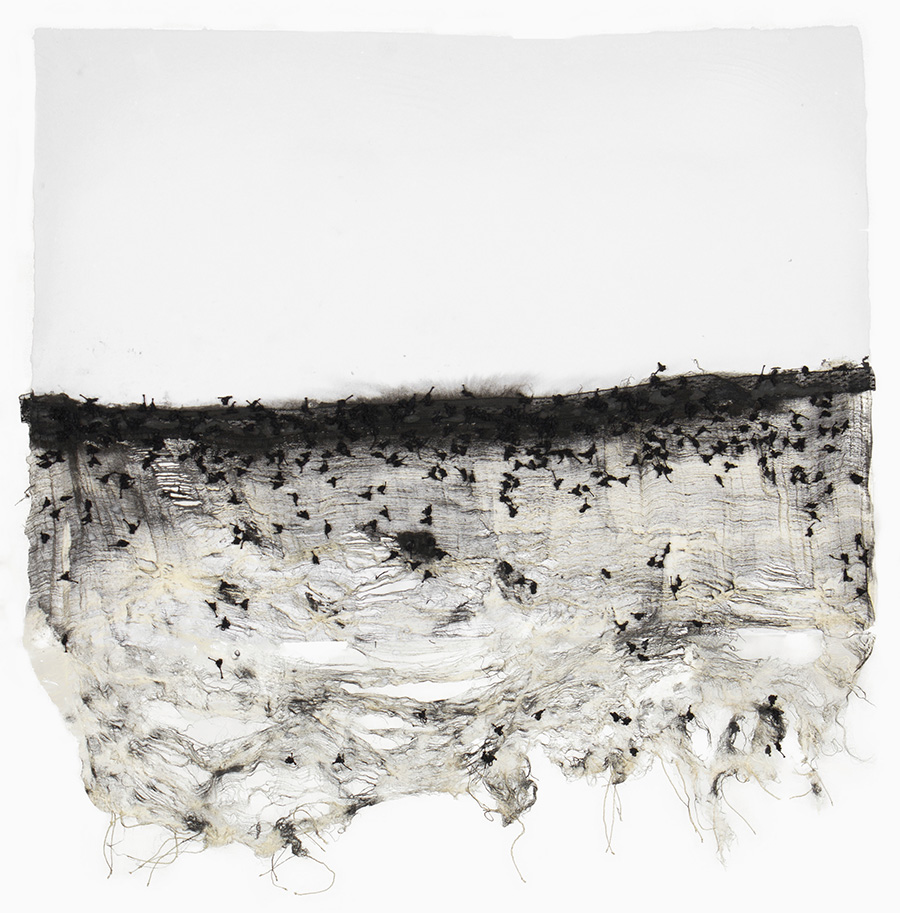 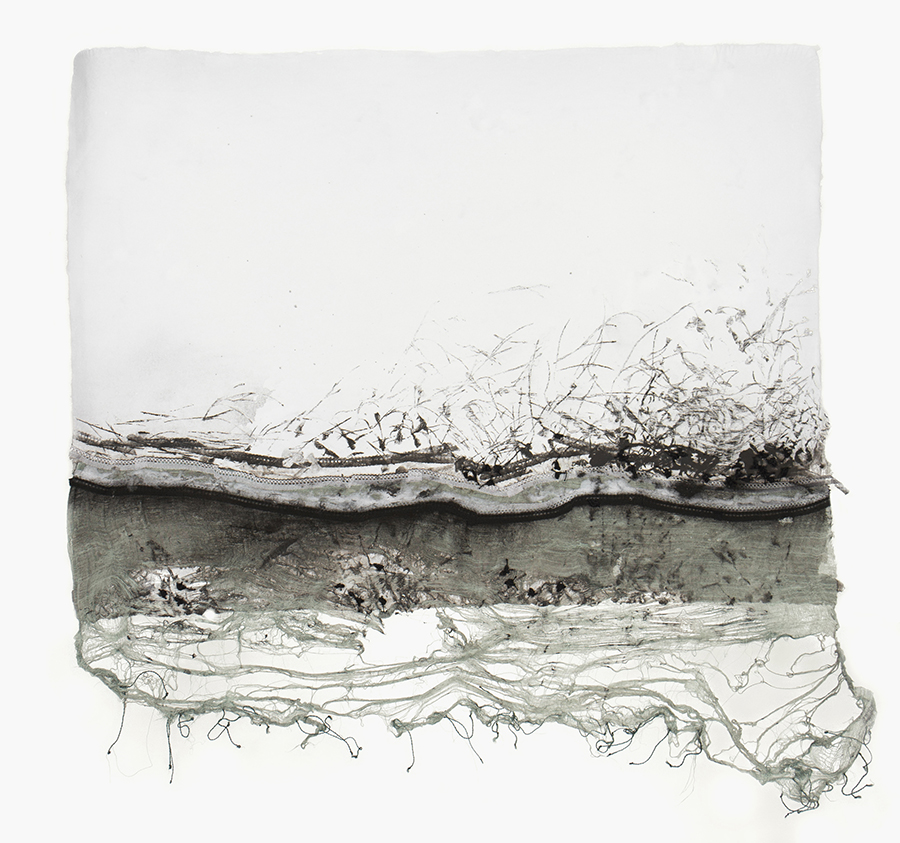