GSA Gallery proudly presents Ludvig Helin’s second solo exhibition at the gallery: an entirely new series of paintings, under the umbrella-title Klang. In this series, the artist’s eye freely surveys the space within the compositions – at times fixing his gaze on certain details, or, oppositely, zooming out for an overarching perspective.

Initial questions: Can we talk about something groovy? Like the core of it? Not in an “Austin Powers pastiche” way, but something truly groovy. And what is the Swedish word for groovy? A potential translation might be awesome. But that is not entirely applicable here – Ludvig Helin’s painting is not painterly shocking per se. It is not a painterly punch, but rather an introspective and winding journey, through parts that do not belong together. These parts touch each other, overlap, relate to each other, like how clouds link to the sky, but refuse to form a cohesive story together. I want to say this is groovy. It is an extremely discomforting word to use – because the word has been hijacked and its meaning lost. I intend to release it, to put it in use again. I wish for it to explain our present time’s need for comfort, to describe a place where we can let go of control – or, at least, consider that art wants to be free, that it longs for nothing more than to be allowed to be free.

Something about Helin’s paintings unsettles me deeply – they are somehow stuck in a whirlwind, or even a
tuning fork. The sound is resolved, but not atonal. A sound is about vibrations, and the word vibration is almost as loaded as the term groovy. I like that. I have now decided to title this text Good Vibrations.

Helin’s colors are both too bright and too gloomy. Similar to the colors found in one of Rousseau’s menacing jungles (however, his works are menacing mostly because they are ugly, even if they might not be), but without tigers, pronounced jungles, or even landscapes. I will perhaps return to landscapes later.

From my conversations with Helin and having read his daily studio diary, I can state the following: he sometimes looks at his paintings as if they were a view, or he means that his gaze looks out over a view and then that includes the entire studio with the painting as part of the view. He has the color, and then the work is done by his hand, but perhaps not entirely by his mind. He is preoccupied with distance – maybe a distance to the work or a distance to making choices in the conception? The concept of landscape can be changed to space, and then you avoid a lot of ballast. Space is good, space as a word for surface and as a release from having to deny or amplify any figurative elements that are really only there out of the viewer’s desperate desire to perceive something they can relate to – like a lifebuoy in an ocean. Helin himself prefers to be “in” the painting more than to reflect upon it from the outside, because when he lifts the brush from the canvas,“the doing” (the process of creating the painting) enters into conflict with his questions about intention and meaning. In the same way, as long as one looks at the paintings, they can pretend that there is nothing else but this particular space – it is a strange but free place for one to disappear into. However, I want to point out that there is a body even in the abstract, we are not dealing with an ethereal painting. Helin’s paintings are steady, heavy, and thorough. He paints the unrecognizable space in a careful and convincing manner.

Ludvig Helin was born in 1988 in Norsesund. He lives and works in Alingsås, Sweden. He graduated from the Umeå Academy of Fine Arts in 2016. Works by Helin can be found in a number of public collections, including Region Sörmland, Uddevalla Municipality, Umeå Municipality, Uppsala Region and Östhammar Municipality. Helin was the recipient of the Artists’ Board’s Assistant Scholarship in 2018 and Vera and Göran Agnekil’s scholarship for emerging artists, awarded in February 2019 at the Royal Academy of Fine Arts in Stockholm. 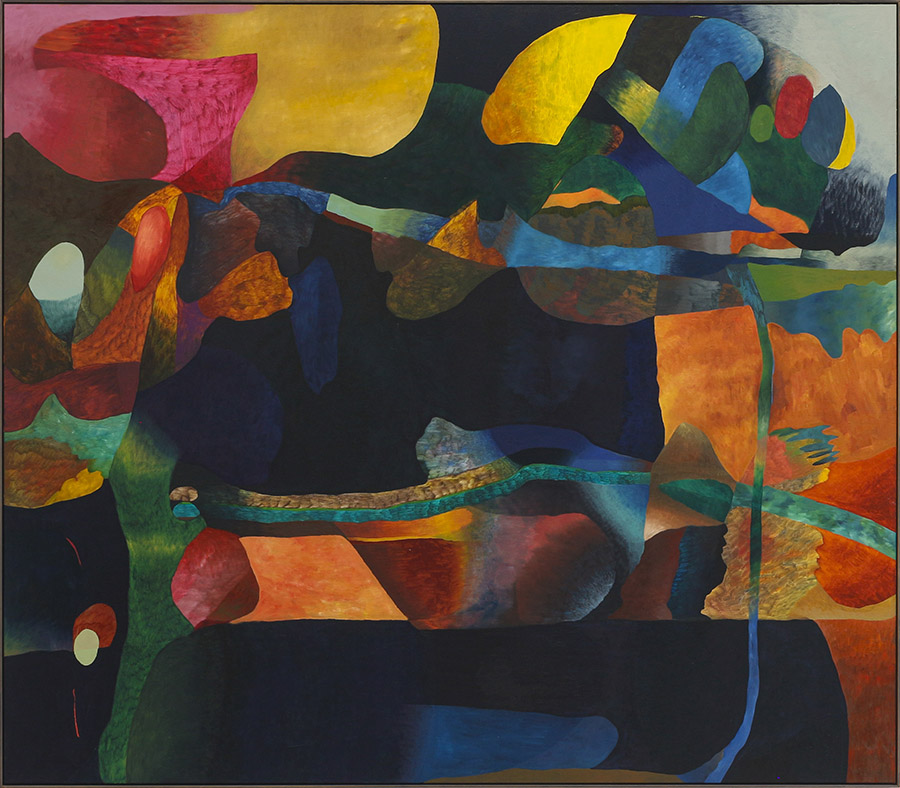 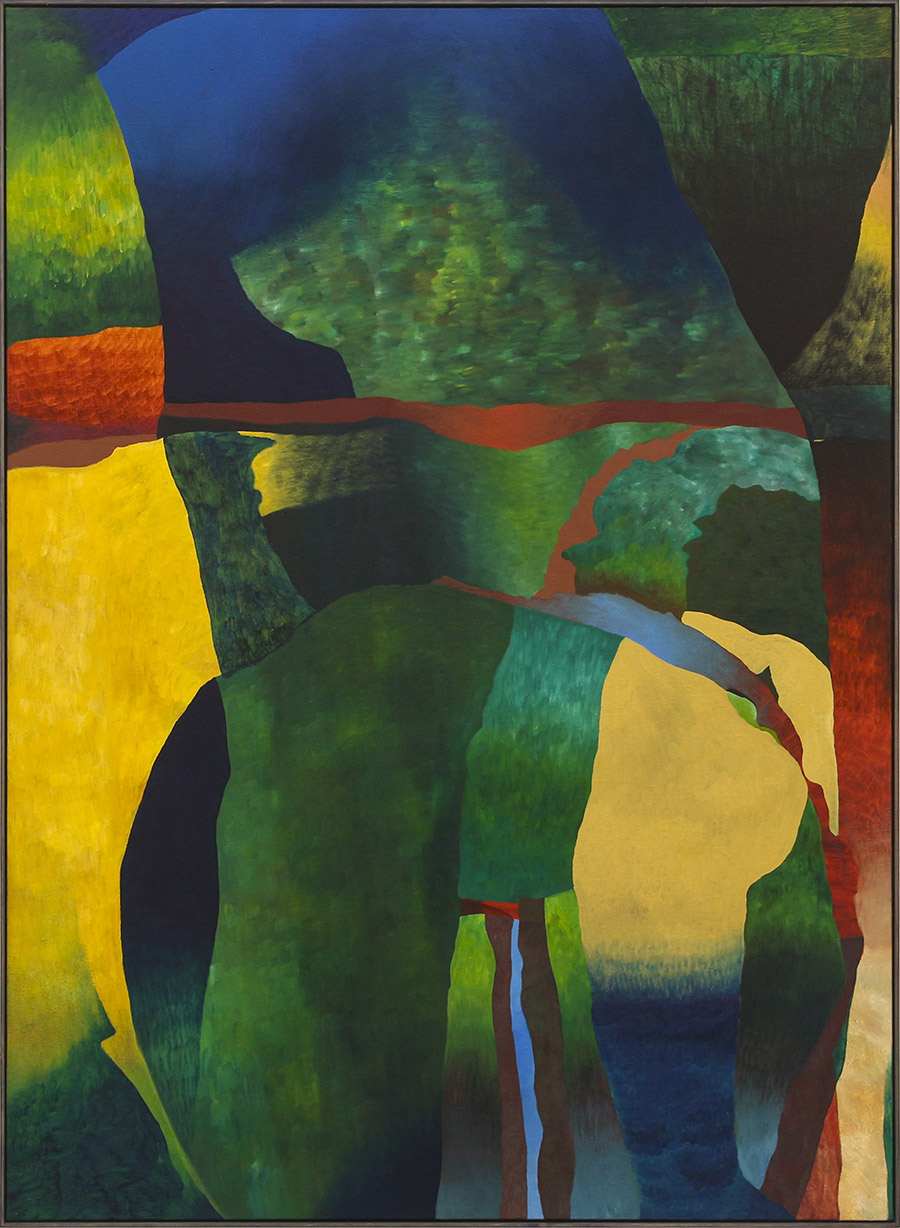 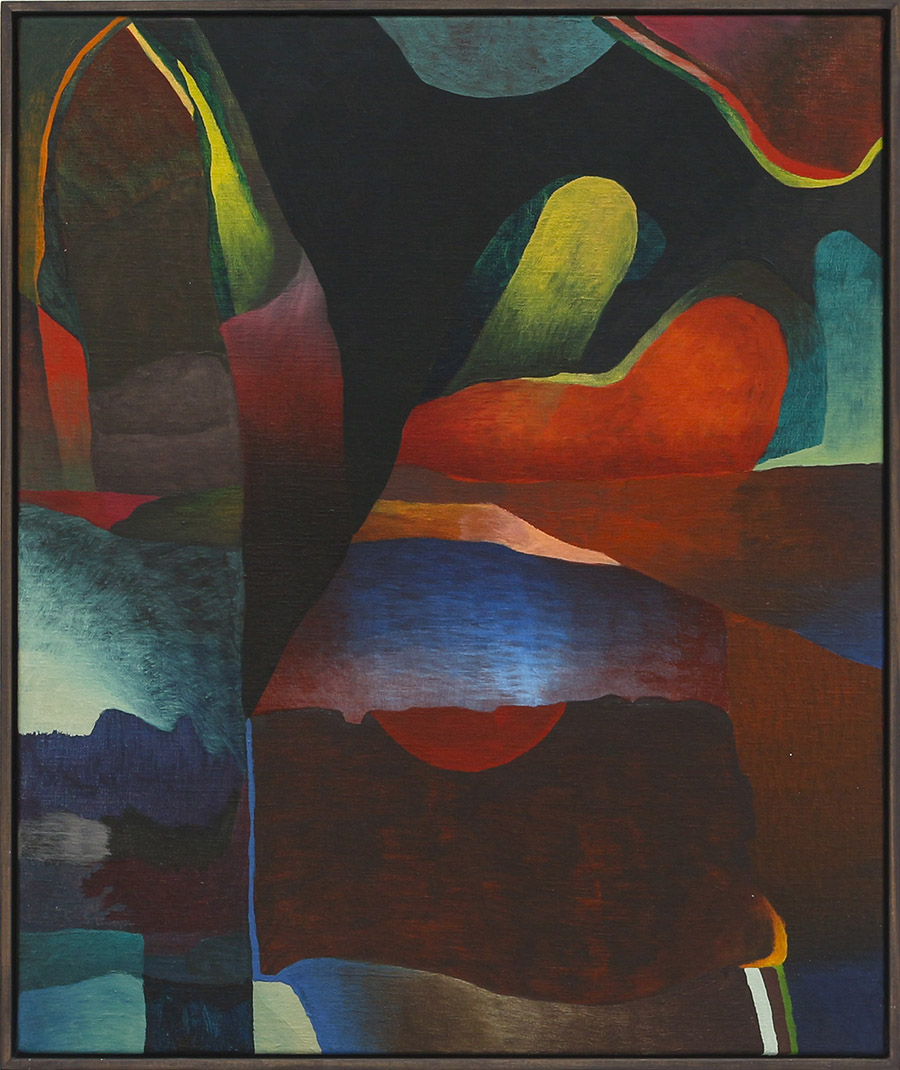 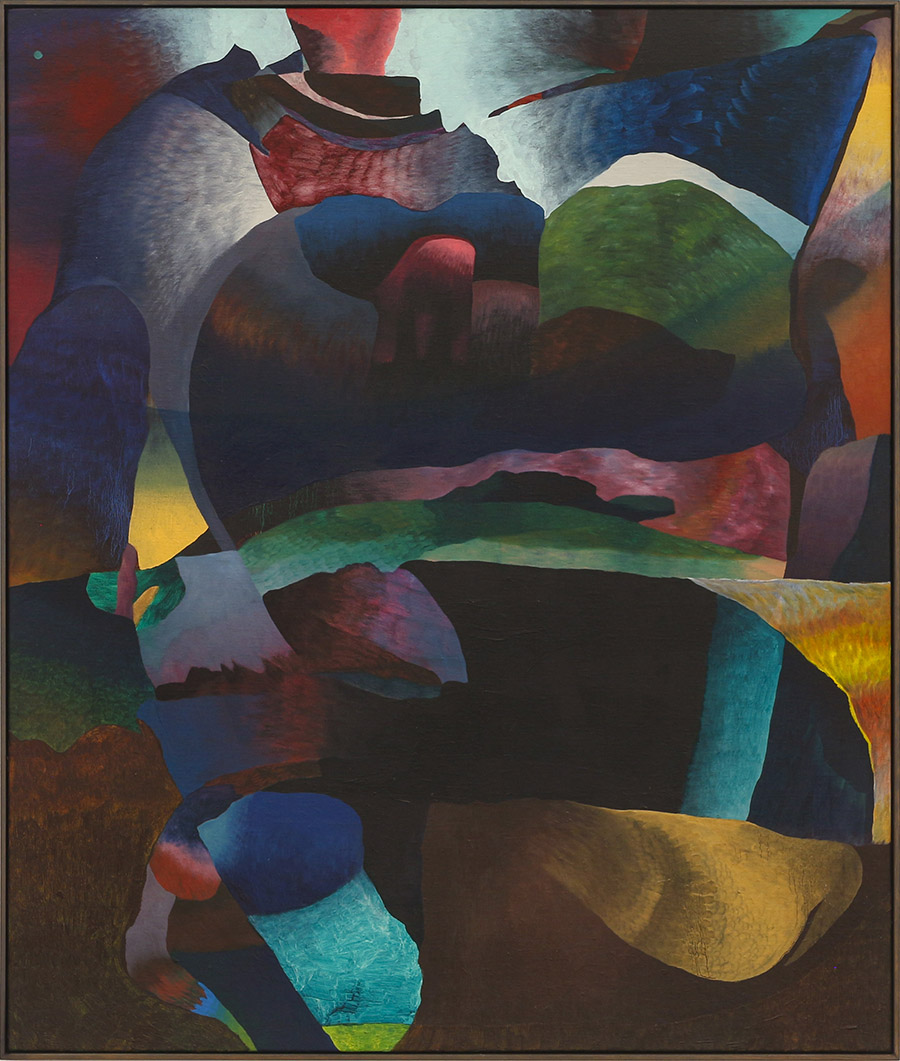 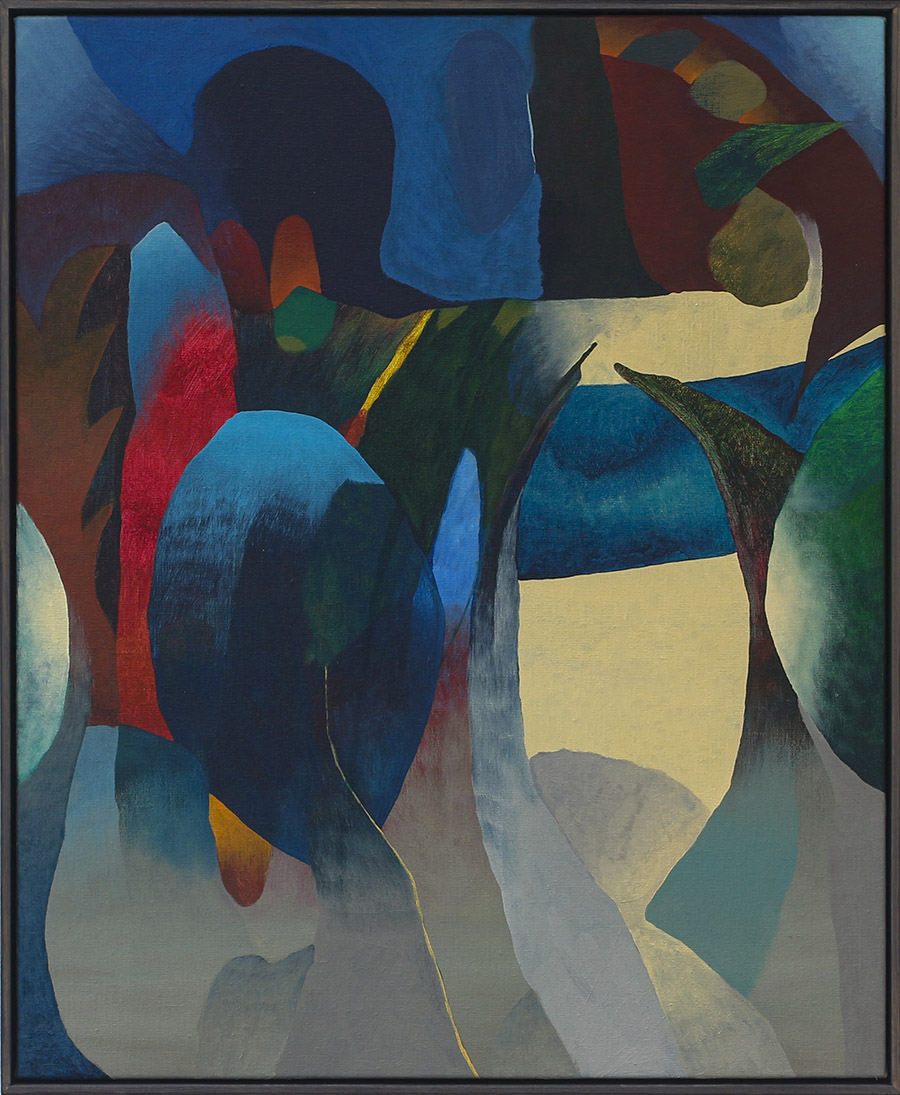 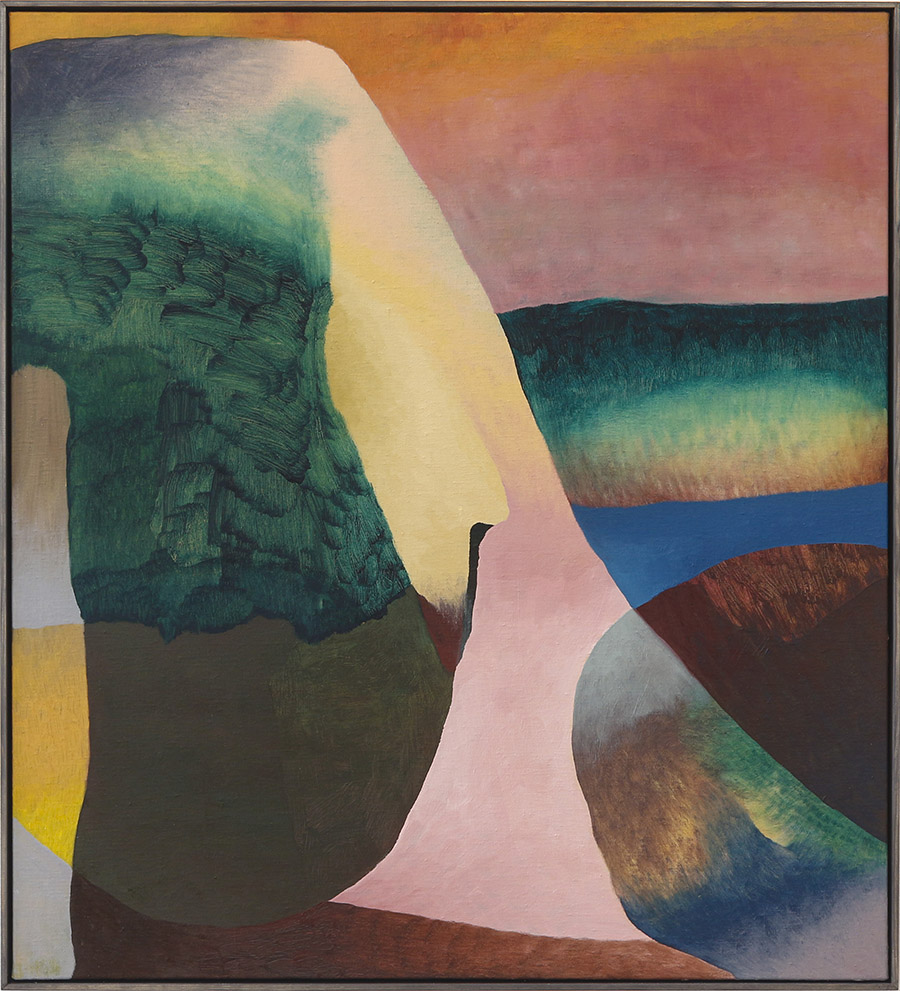 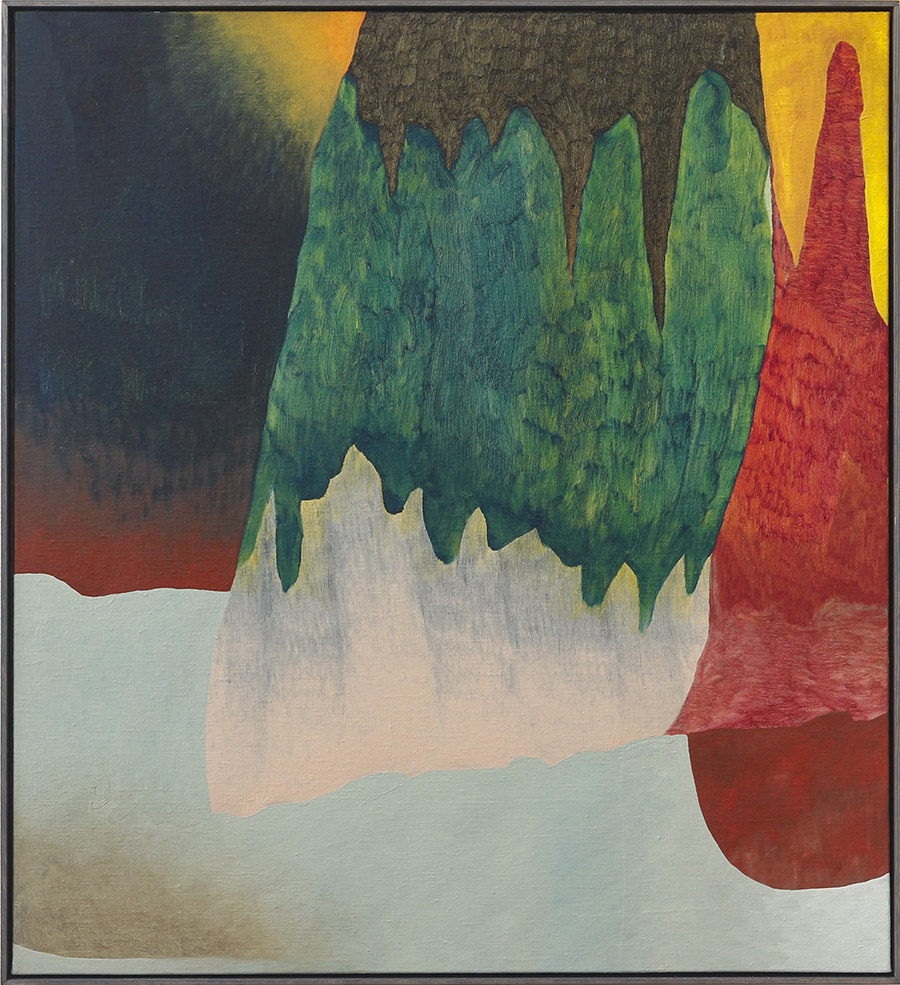 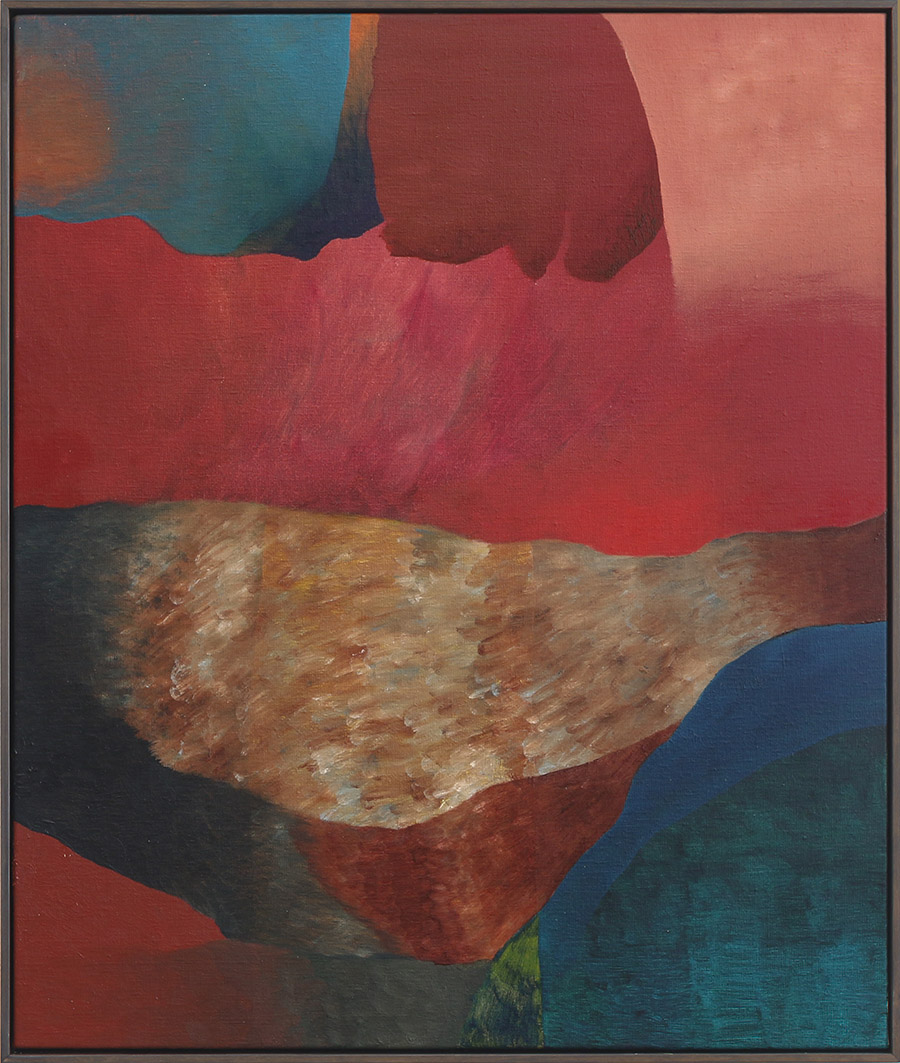 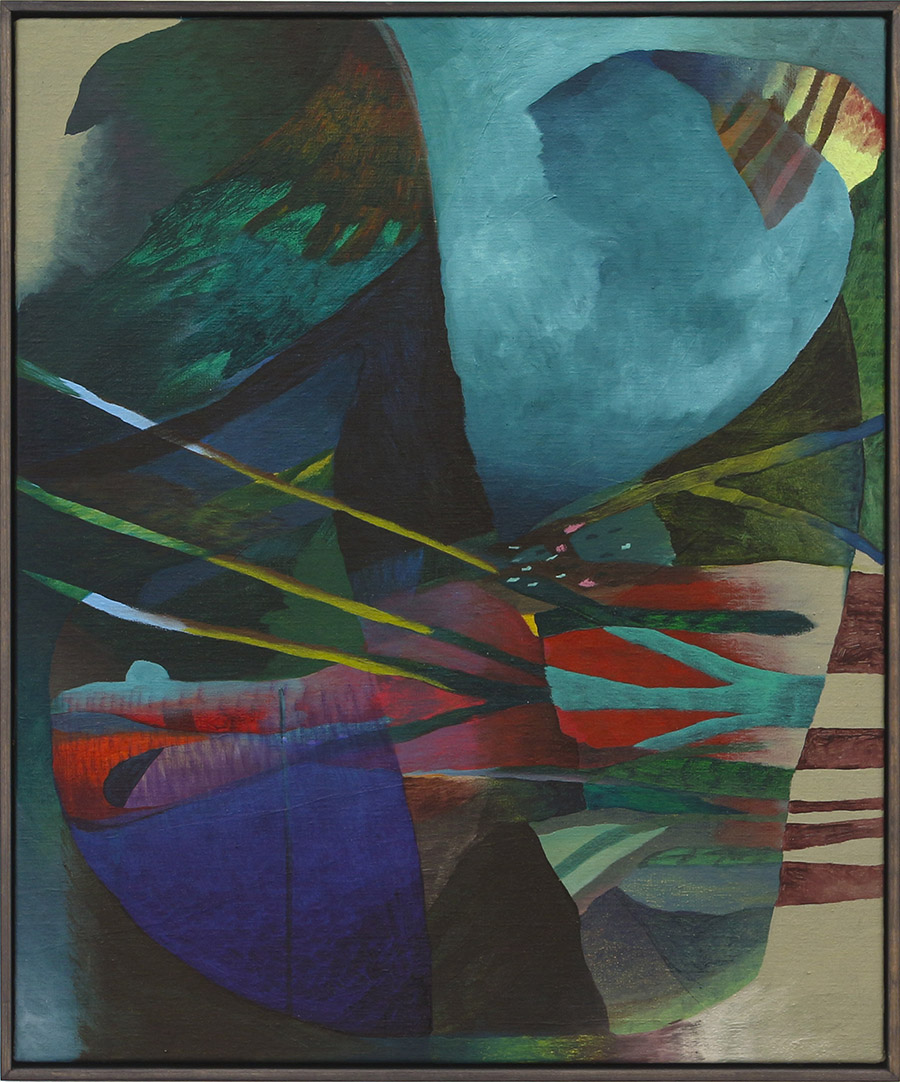 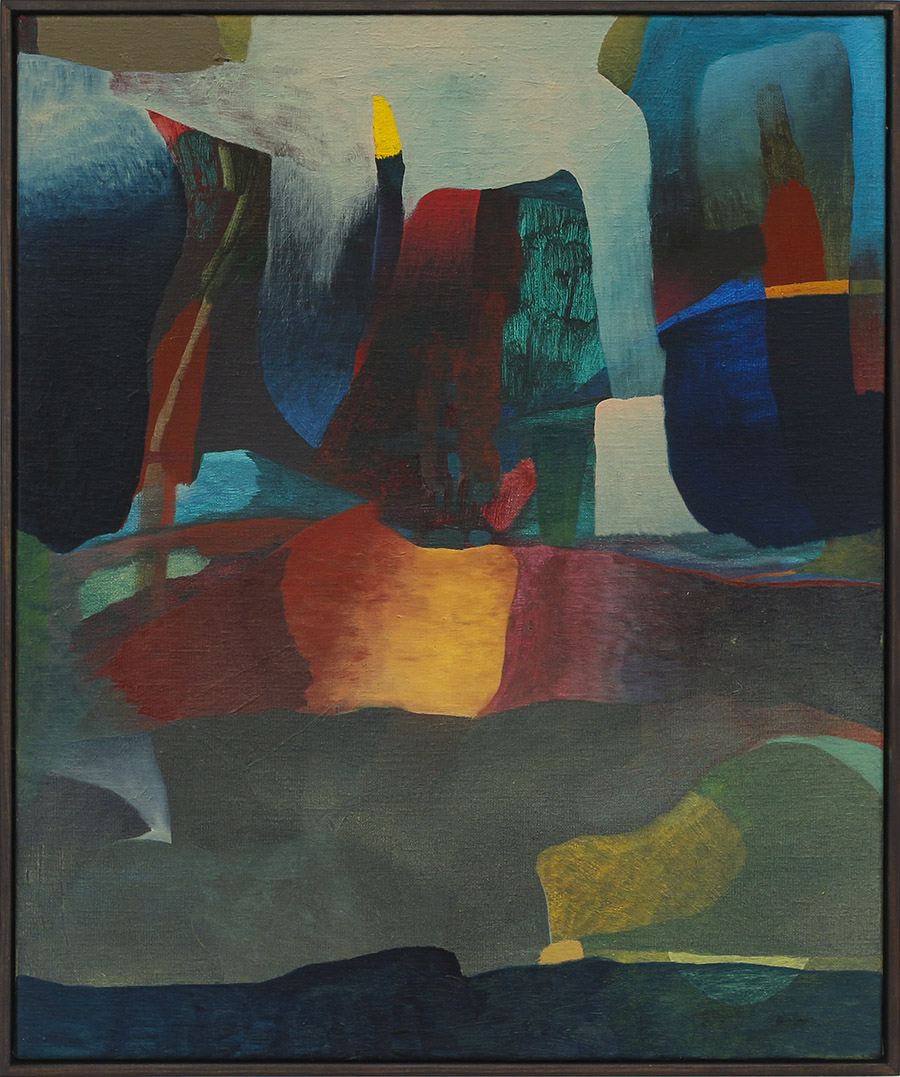 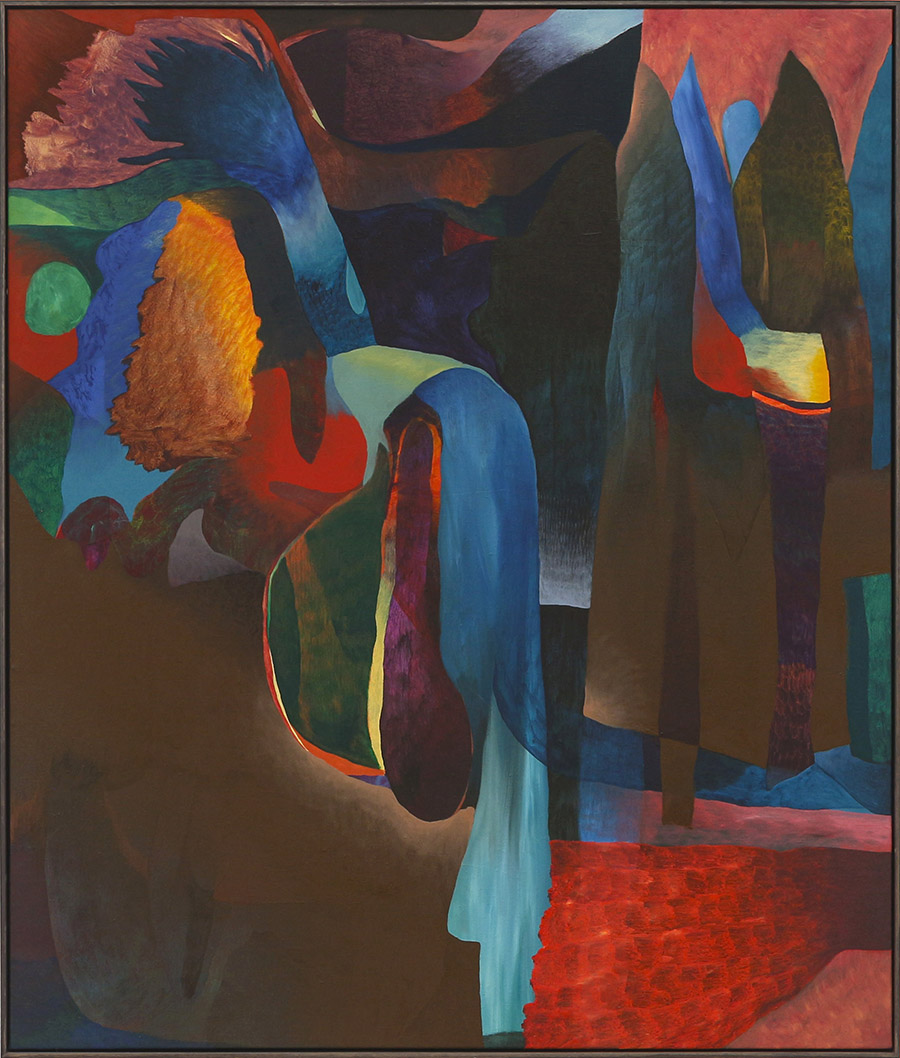 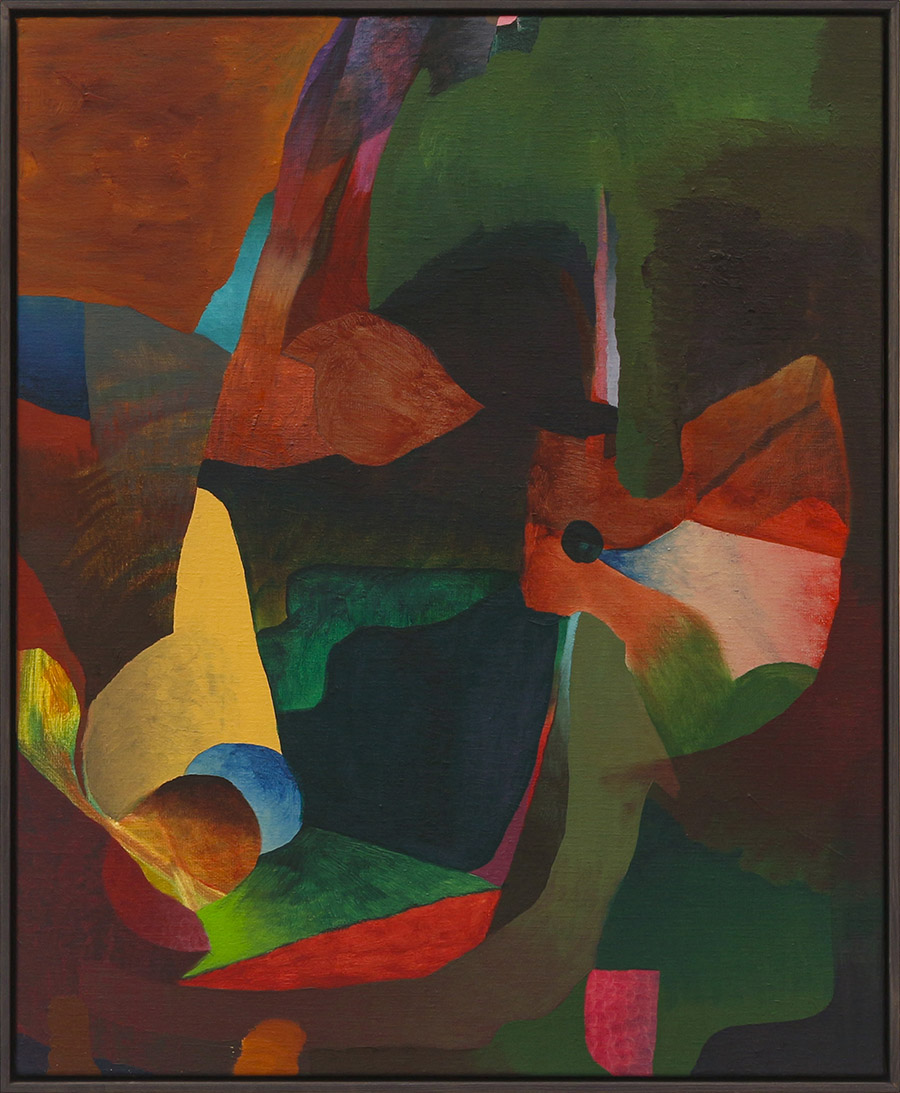 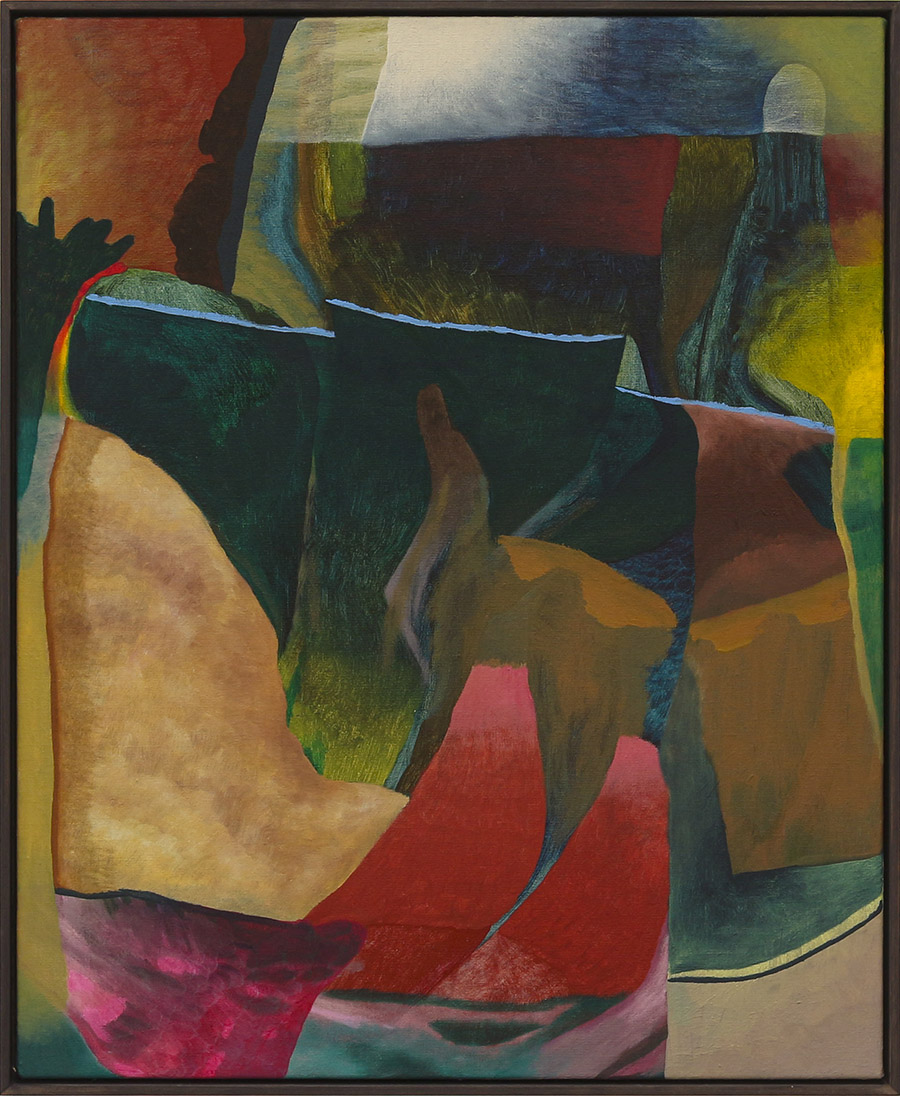 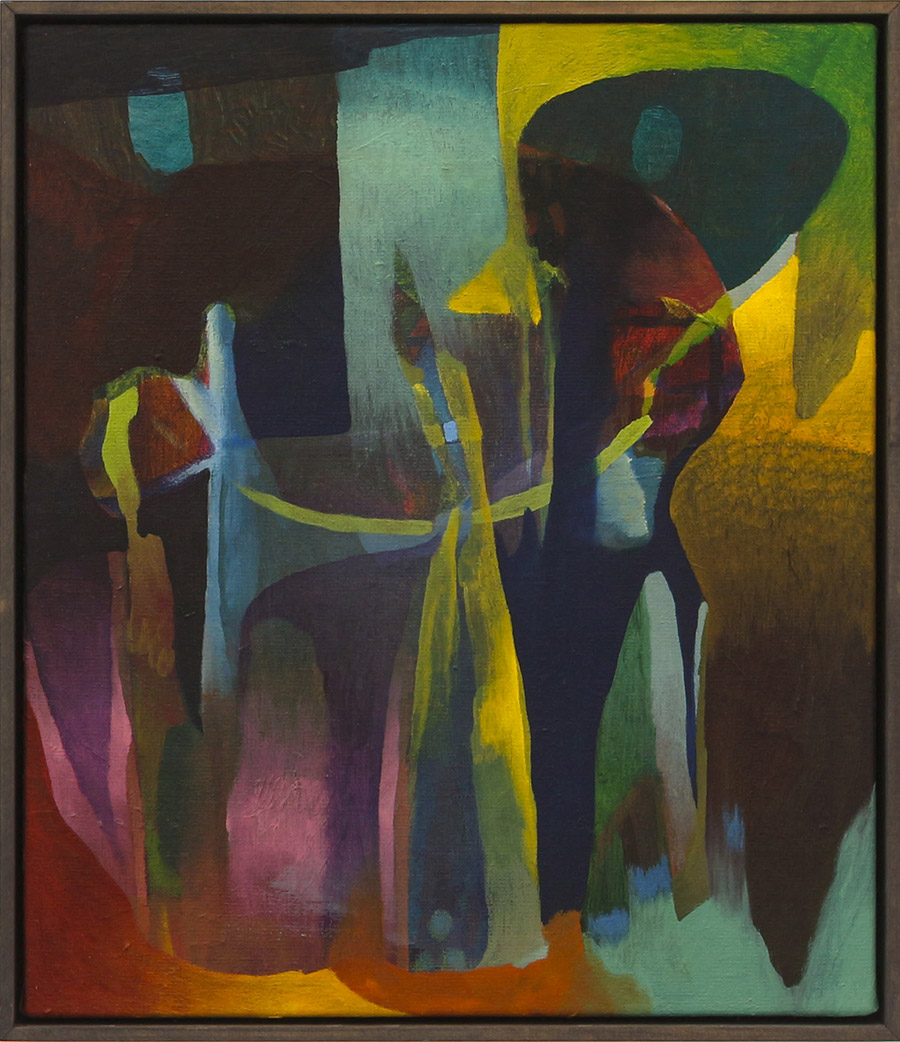 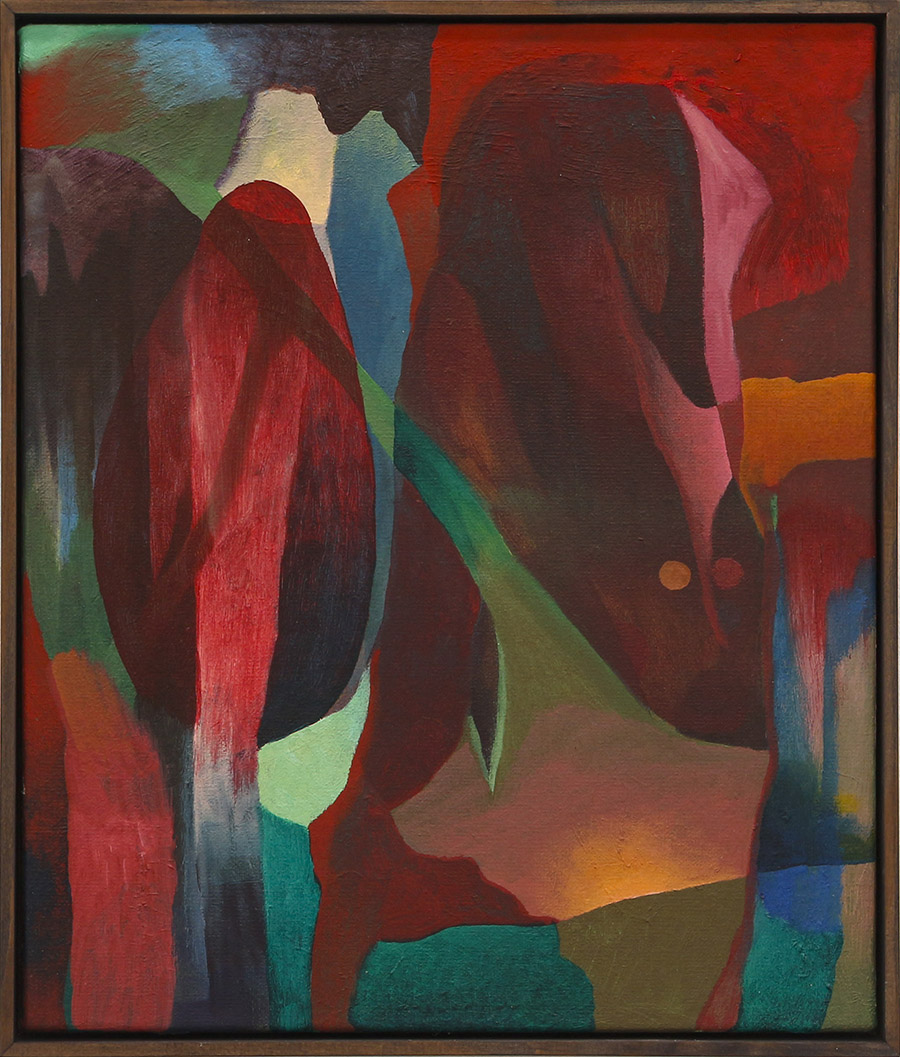 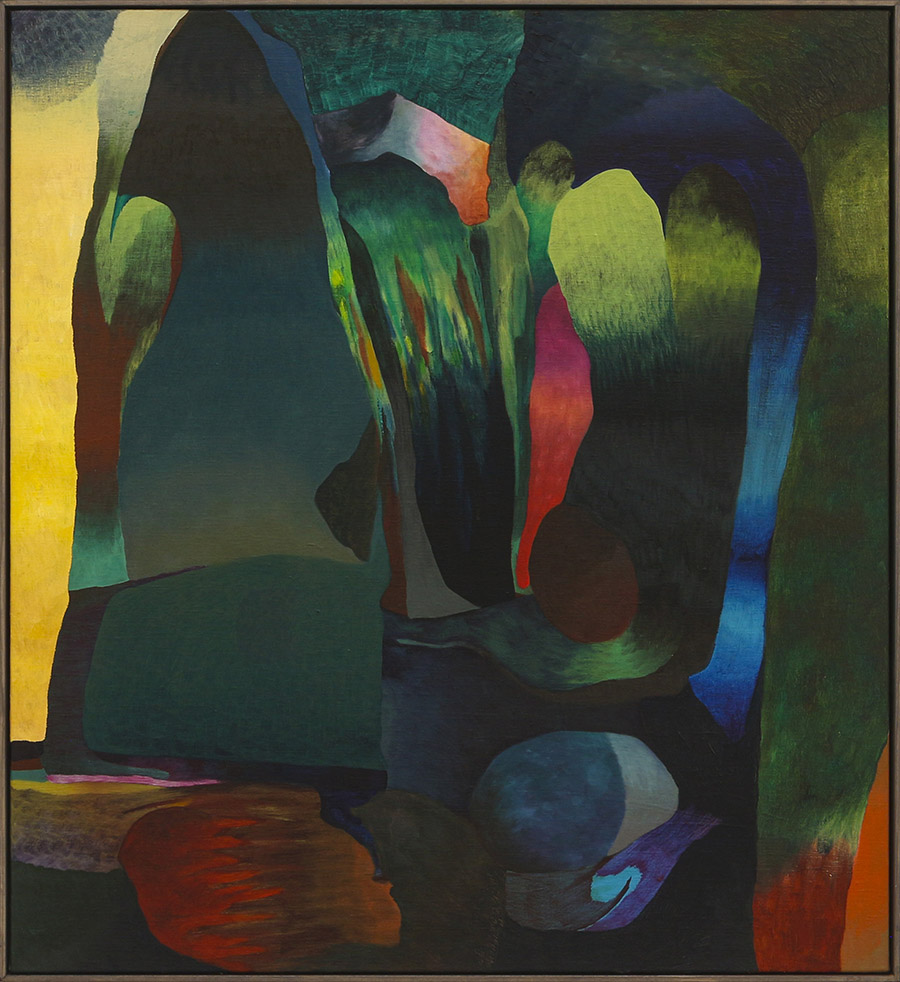 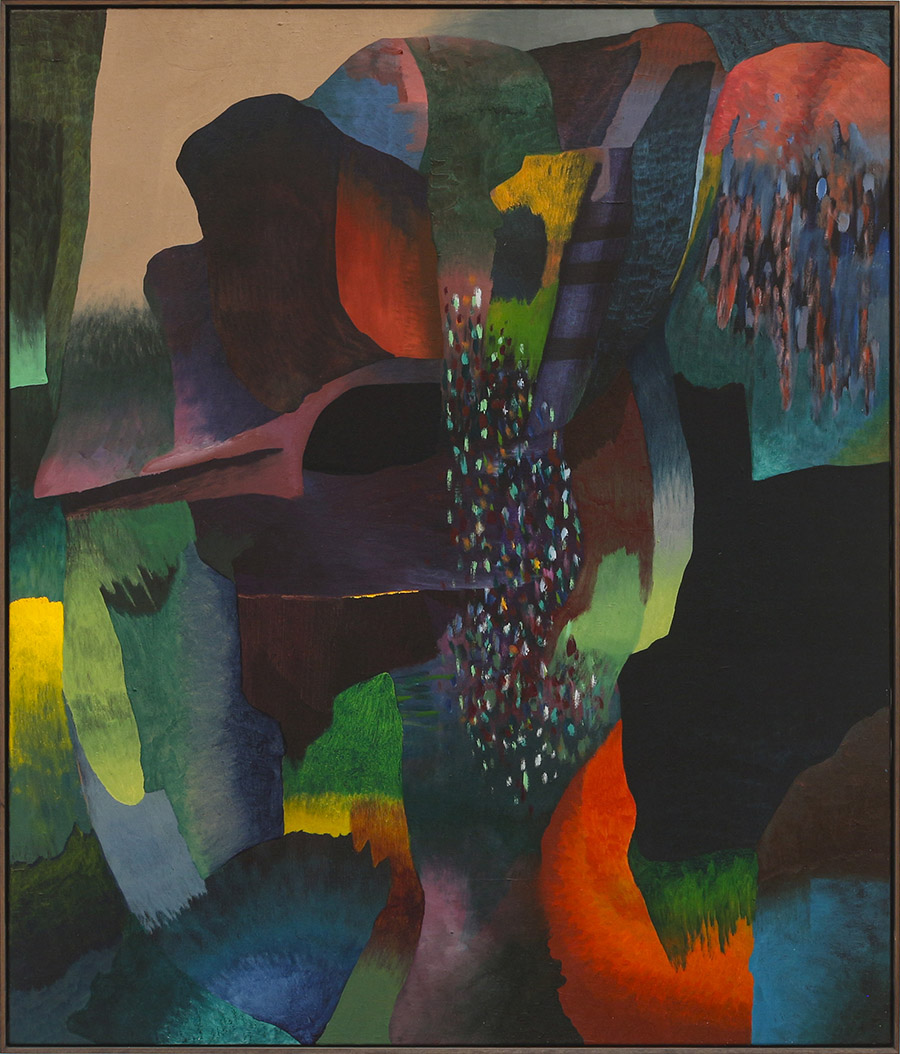