Galleri Andersson Sandström is pleased to inaugurate its second space in Stockholm, at Hudiksvallsgatan 4, with a solo presentation of works on paper by the acclaimed American artist, Richard Serra.

Through twelve works, created between 2004 and 2018, the show brings forward this sometimes lesser-known side of his practice. While the artist has gained worldwide recognition primarily as a sculptor, the medium of paper is a parallel manner through which notions of space, shape and line are explored. Serra’s works on paper represent an autonomous path within his practice, and not preparatory studies for sculptural pieces.

Creation of two-dimensional works dates back to the 1960s, when he had already begun investigating the possibilities of drawing. Serra then became fascinated with new ways of printing and mixing ink, allowing him to create oil stick drawings, gravures, and etchings; all in an ever-evolving use of each medium.

The colour ‘black’ is a constant in the show, as well as in Serra’s overall practice. The artist believes that ‘black’ has a certain physicality, and intrinsic qualities such as weight and volume. Or, in Serra’s words: ‘Blackness is a property not a quality’ (Borden, ‘About Drawing: An Interview’, 77). Hence, its graphic intensity is strong enough to counter metaphors.

Each work demands that the viewer faces it, creating an intense visual and emotional experience, as the layered forms alter one’s perception of mass and gravity. When getting closer to each work, one notices how the shapes were rendered through direct action on the paper, and through an accumulation of layers. The interactions with the support, part of the making-process, become physical moments that are anchored in time and space. As such, they can also anchor and focus the viewer – an important element in today’s fast-paced digital society. Through Serra’s works, the viewer can experience a ‘pause’, a moment of reflection enforced by the weight of the ‘black’. While immersed and engaged in the movement, each viewer is encouraged to enjoy their individual experience. 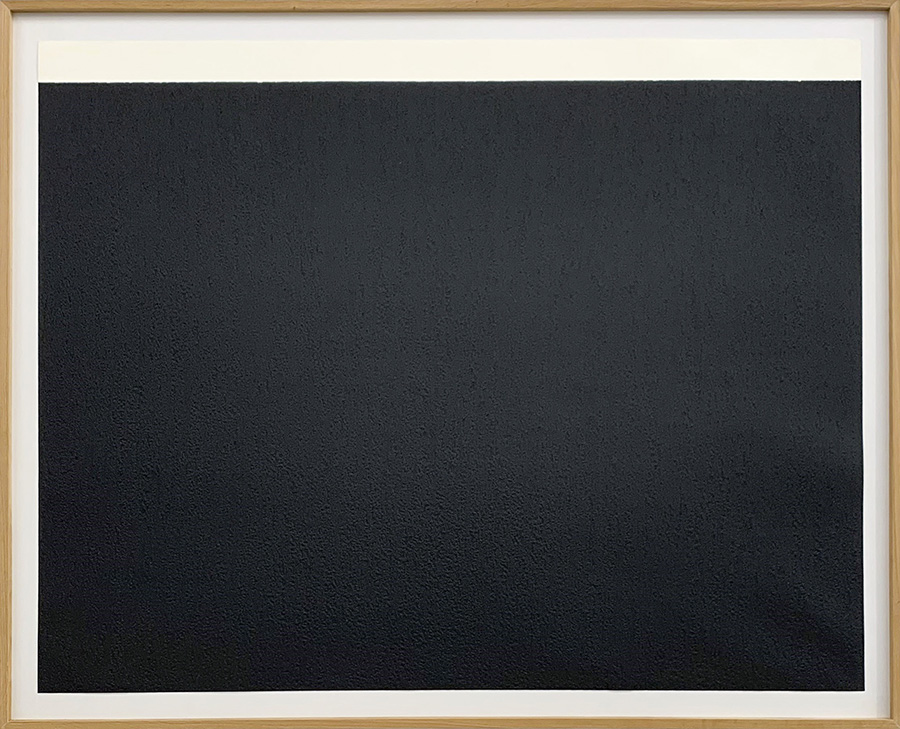 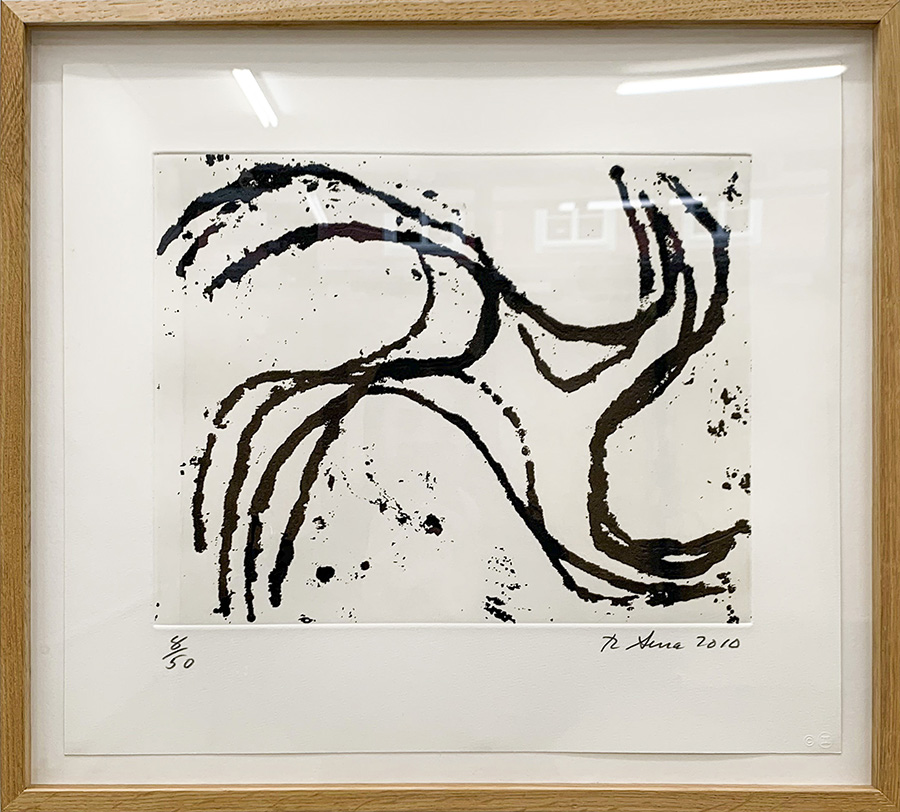 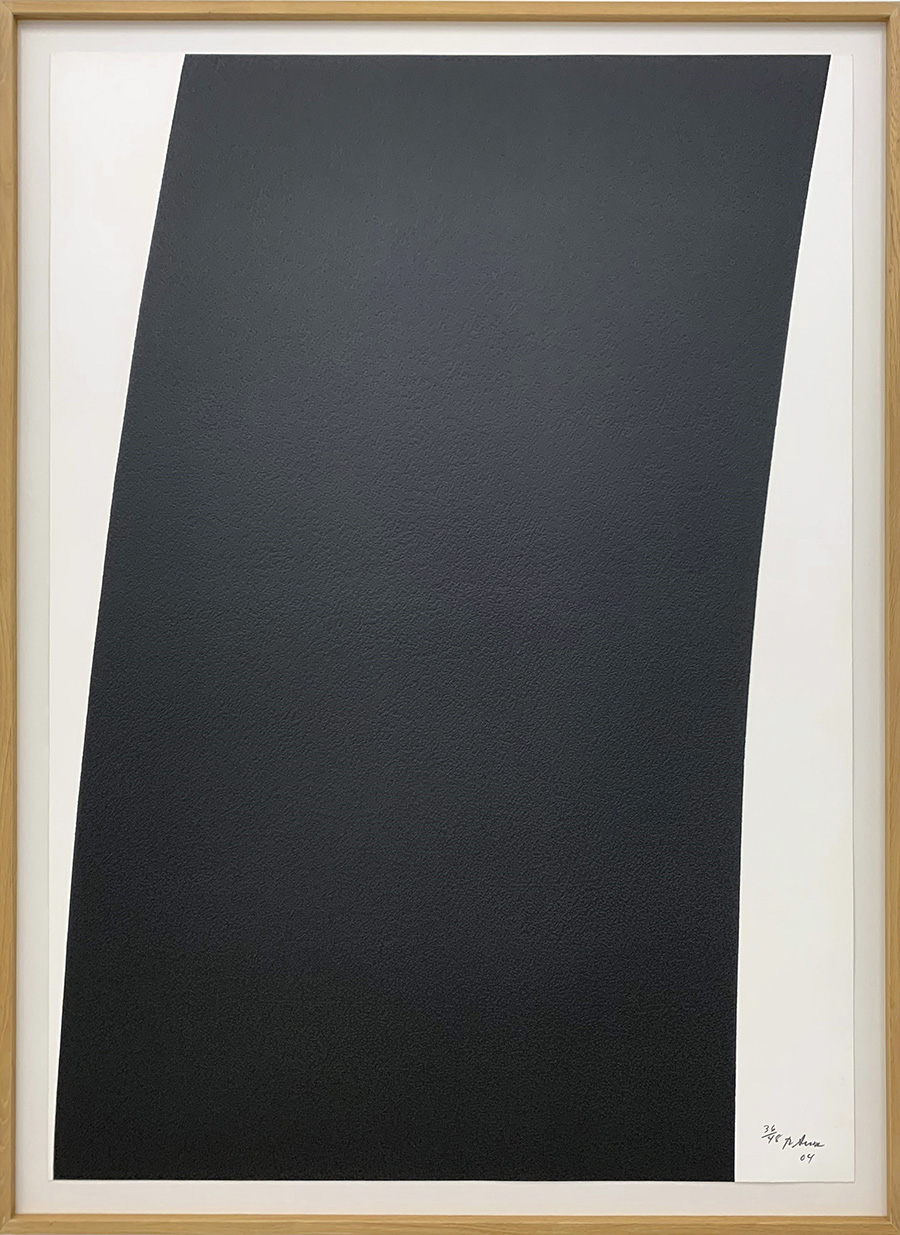 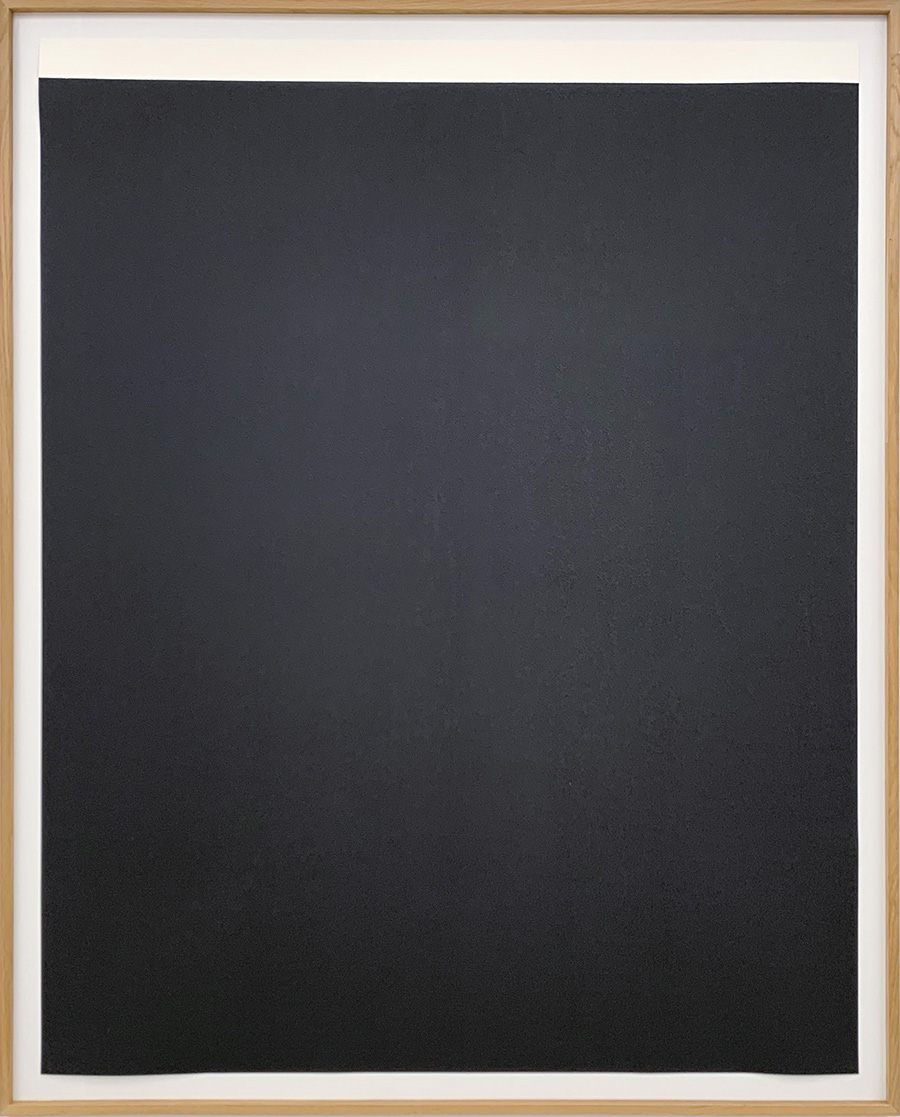 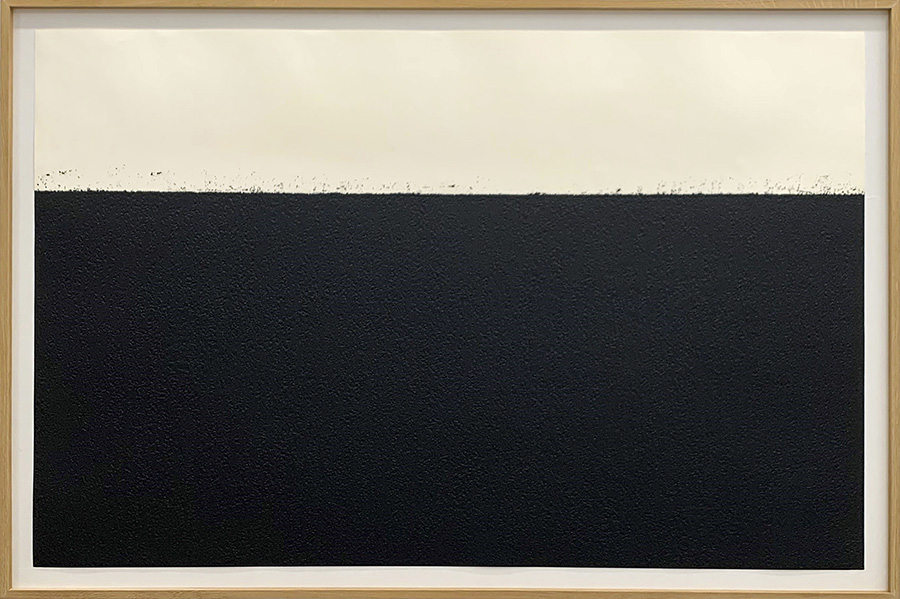 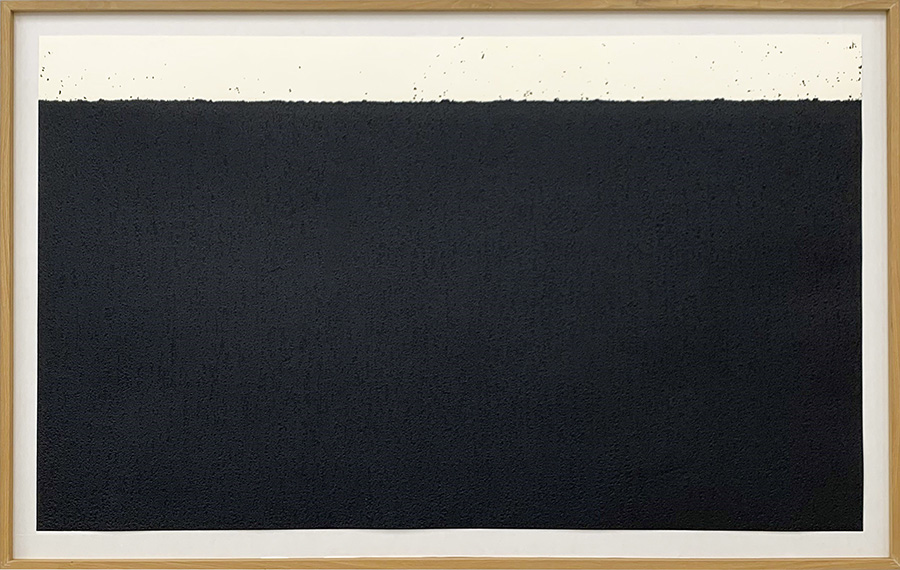 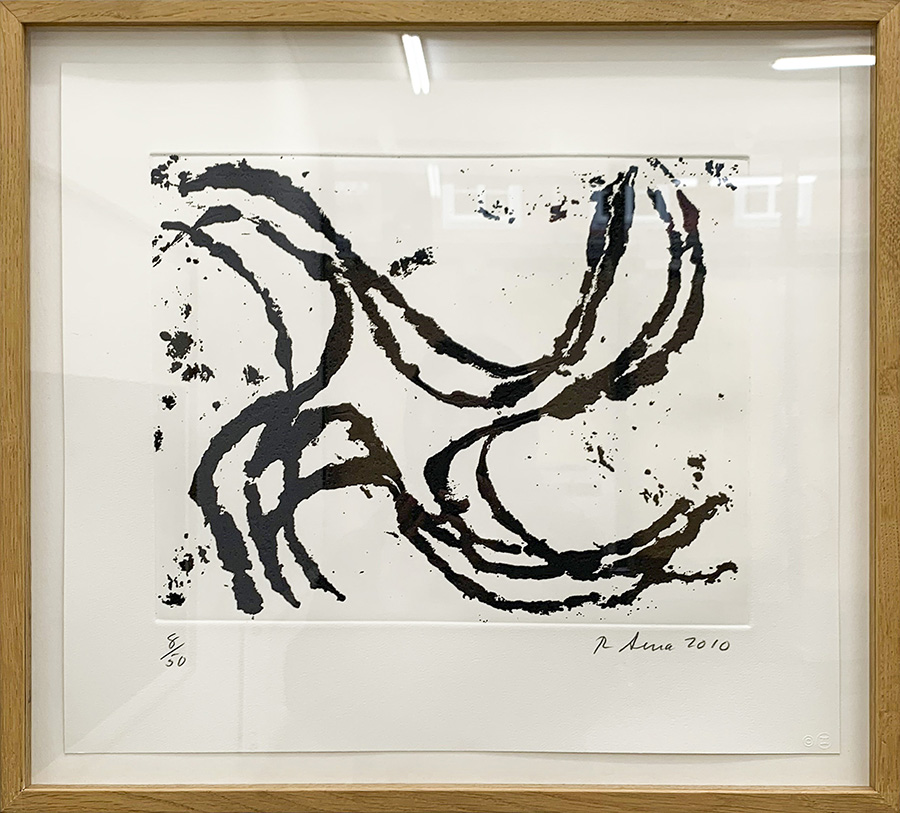 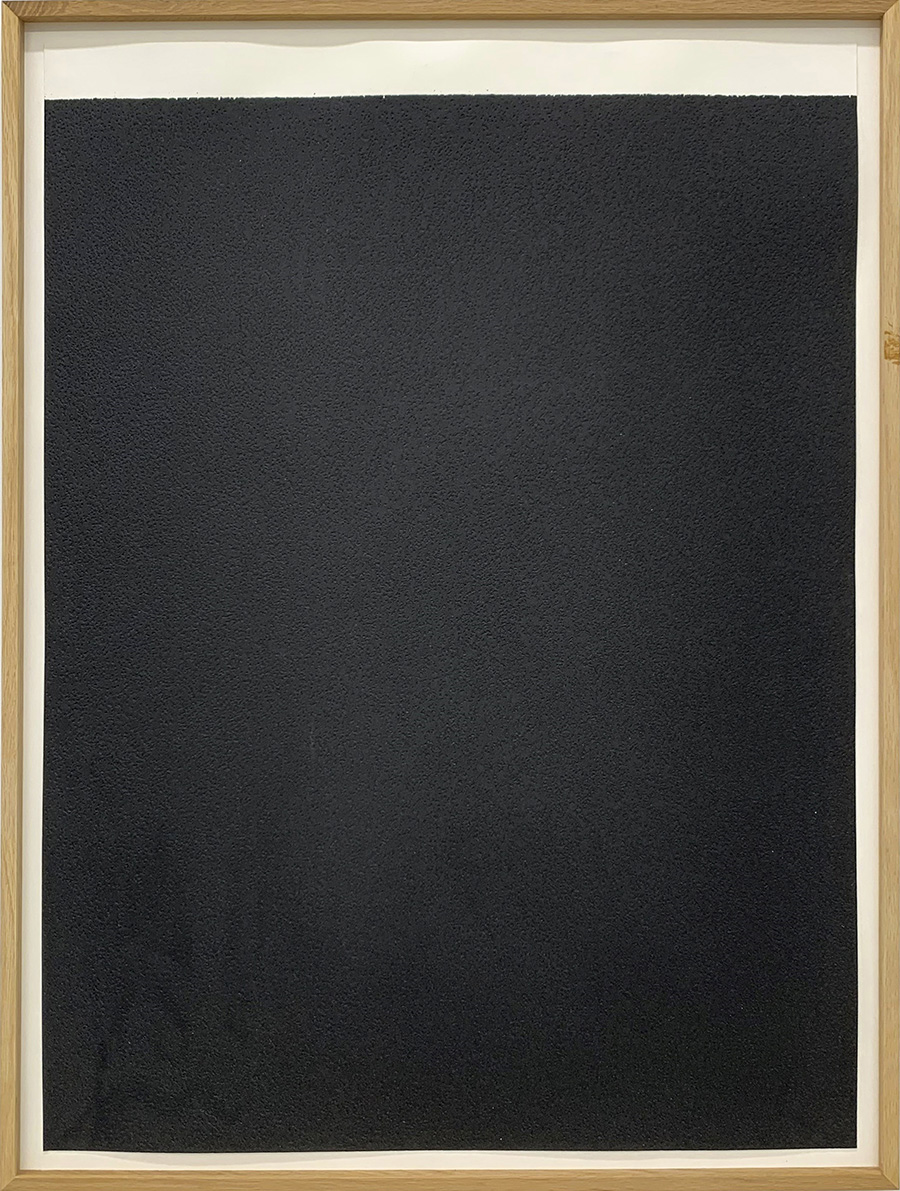 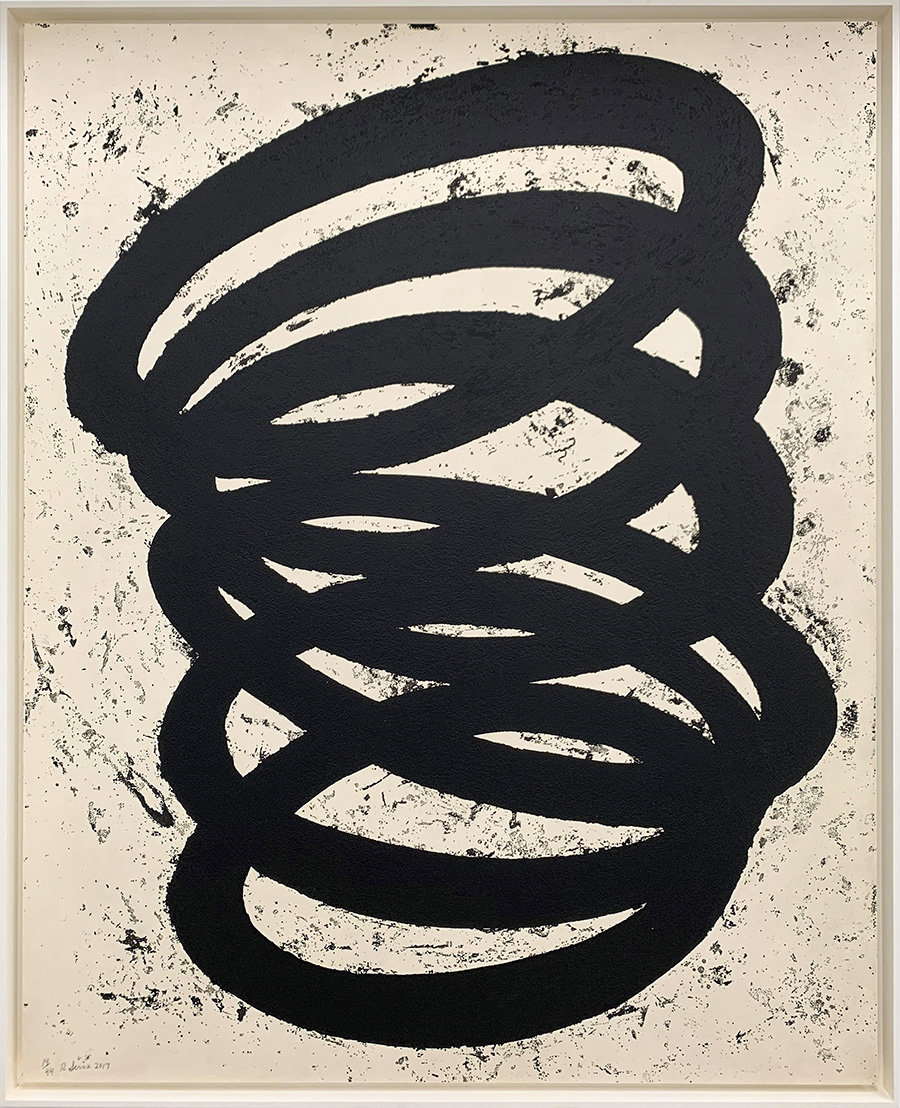 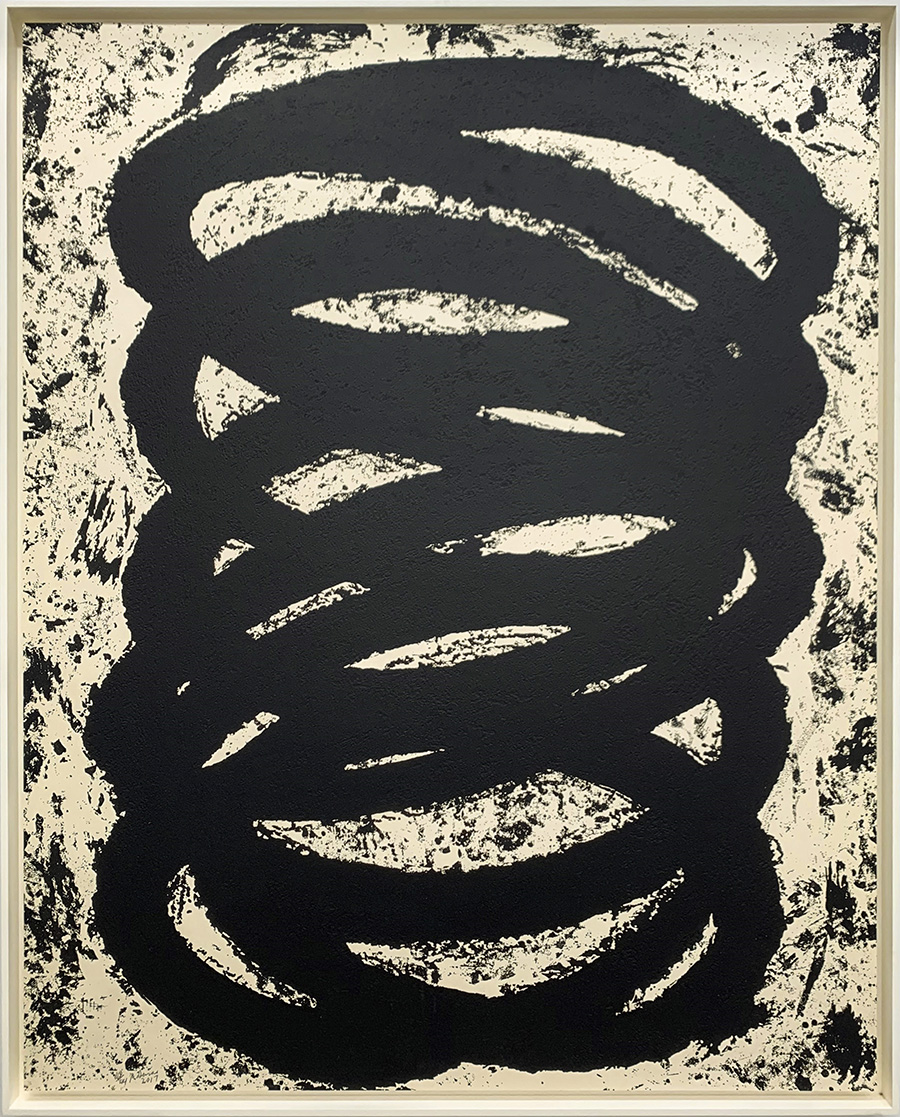